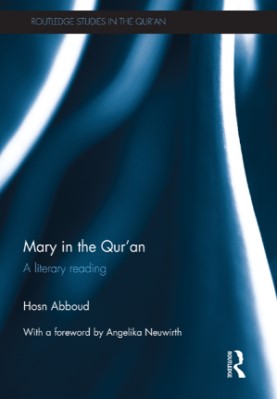 Mary in the Qur’an: A literary reading

MARY IN THE QURAN – Book Sample

Foreword – MARY IN THE QURAN

Hosn Abboud’s study of the Virgin Mary in the Qur’an—first published in Arabic, “Al-Sayyida Maryam fi l-Qur’an al-karim: Qir’a adabiyya”, Beirut 2010—is to be welcomed as a most spirited intervention in the rather conservative discourse, presently pursued in the predominantly historical study of the Qur’an. The author deserves recognition as a courageous and innovative voice in the field.

Her mono-graph is particularly indebted to Northrup Frye’s work on the Bible as a subtext of European literature, which inspired Abboud’s both typological and psycho-logical reading of her Qur’anic texts.1 The choice of this scholarly orientation undoubtedly proves rewarding.

Although Biblical scholarship is usually claimed as a sound foundation for Qur’anic studies, this reference often remains limited to positivist historical analysis, without regarding those more recent approaches that focus the literary character of the scriptural text, paying due attention to its complex subtextual layers. Hosn Abboud’s study provides a new argument for the necessary reconsideration of Frye’s path-breaking approach in the context of Qur’anic Studies.

Her study is devoted to an intriguing but by no means easy-to-treat subject, the Virgin Mary in the Qur’an. Although some scholarly works on the subject exist,2 these are devoted to individual aspects rather than to the figure of Mary as such. Whereas the range of works on the Christian Mary is broad, there is no monograph on the Qur’anic Mary yet; even more recent attempts at a synopsis of the image of

Mary in the Christian and Muslim tradition have little to say about her appearance in the Qur’an itself. Hosn Abboud’s work thus comes as a most desirable attempt to fill a desideratum.

The field of Qur’anic narrative has not yet been systematically explored. For a long time the relationship between individual Qur’anic stories and their Bibli-cal counterparts has been defined in terms of a unilateral process, an “appropria-tion” or even a “borrowing”.3

It is true that this view—developed in the beginning of critical Qur’anic scholarship—in itself marked a decisive step forward in the process of reassessing the Qur’an as a serious and honest voice in, what I would like to call, the concert of late antique debates going on in the seventh century Near East that opened the way for a meaningful juxtaposition of contemporane-ous readings of Biblical traditions in the various post-Biblical cultures,4 which has brought about a number of valuable studies, among them still indispensible reference works.5

Yet, scholarship proceeding from this premise leaves one with the impression that a rationalistic and positivistic historicism still prevails, which induces scholars to focus on the “sources” rather than the literary artifact of the text. “Appropriation”—a term used frequently to describe the transfer of knowl-edge from the surrounding ancient and late antique cultures to Islam—to more critical scholars appears as “a surreptitiously servile term”6 that risks to over-shadow the culturally creative activity involved in the process of recoining older traditions, according to the newly emerging Qur’anic and then Islamic world view. The prevailing approach applied in reading Qur’anic narrative thus has to be revisited.

To have embarked on this venture is one of the merits of Hosn Abboud’s new monograph.

What goes hand in hand with the misinterpretation of the Qur’anic versions of stories that are familiar from the Biblical tradition is the application of literary standards taken over from the Biblical scholarship and, in particular, from the new approach of “reading the Bible as literature”.

It is true that Qur’anic story-telling does not allow an auctorial stance, such as is realizable in Biblical narrating characterized by Robert Alter: “In the Bible . . . the narrator’s work is almost all recit, straight narration of actions and speech, and only exceptionally and very briefly discourse, disquisition on and around the narrated facts and their implications.”7 As against the meticulous shaping of personages and the sophisticated coding and decoding of their motives, which characterizes Biblical narrative, Qur’anic narrating—in narratological terms —appears far less refined.

This feature, which is lamented as a flaw by a number of modern scholars,8 needs, however, to be contextualized with the overall genre of the Qur’an, which is not narrative but of a different and most complex kind. One might speak of a discursive rather than a descriptive text, the transcript of a process that pursues complex “para-narrative” aims.

Qur’anic stories known from Biblical literature are presented as messages from the transcendent “Scripture”, al-kitab, which is obviously taken to be a cor-pus ranking beyond all other stories known through oral tradition and which needs to be communicated to an audience. It is this audience that Hosn Abboud is taking very seriously.

She by no means confines herself—as is the rule particularly in the discussion of the narratives related to the New Testament9—to investigate the relation to the Biblical models of the Mary stories, but for the first time in scholar-ship pays attention to pre-Islamic Arab intertexts as well. Thus she contextualizes Mary’s retreat to the “remote place”, makanan qasiyan (Q 19:22) with the pre-Islamic topos of the poet’s journey, his rahil.

But she goes decisive steps further, engaging with a plurality of new approaches that had hitherto not been introduced into the Qur’an, as such, or at least not been connected to the Mary story, such as motif studies, psychological readings, studies in myths and archetypes, and gender studies.

Though ultimately aiming at a reading that renders due attention to the text’s deep structure, the author starts out with a set of preliminary steps of analysis which remain very much “down to earth”. She lays a firm basis for her research by examining the form of the texts under scrutiny, first turning to the verse structure which she studies according to the colometric approach.10

This analysis enables her to make the poetic character of the story’s language discernible, a Qur’anic characteristic that is important for her overall argument. She subsequently presents a clear disposition of the texts under scrutiny, based on observations from both form criticism and semantic analysis. Her analysis of the Qur’anic form is further substantialized through the introduction of the concept of “stylistics” developed by the modern literary critic, Muhammad al-Hadi al-Tarabulsi.

Yet, she does not dispense with the experience of classical Arabic scholarship, whose most promi-nent representative, Abd al-Qahir al-Jurjani (471/1078), provided her with valu-able insights into the “structure”, nazm, of the Qur’anic language. What is most important, the author’s focus on the final shape of the Qur’anic texts secures their perception as elements of an integral overall text. Contrary to the usual prac-tice in Qur’anic scholarship, the narratives under scrutiny are not rashly severed from their discursive contexts in their sura, but rather highlighted as parts of the …. 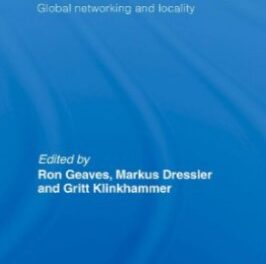 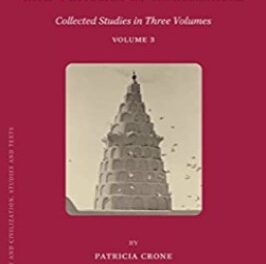 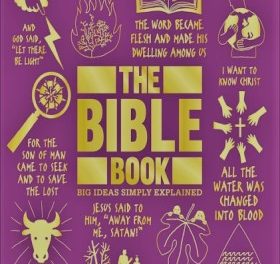 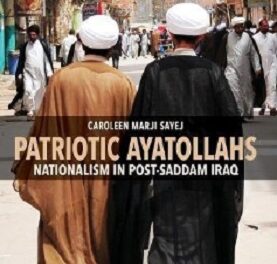