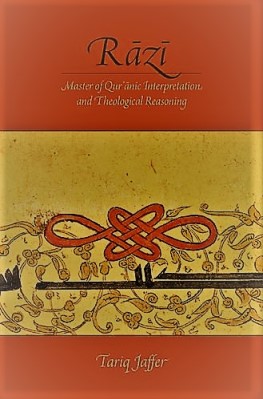 The writings of Fakhr al-Din al-Rāzī mark a momentous turning point in the Islamic tradition. Rāzī was one of the leading representatives of Sunnī orthodoxy in medieval Islam. Imbued with the heritage of Greek learning and inculcated with an Islamic education, he was the first intellectual to exploit the rich heritage of ancient and Islamic philosophy to interpret the Qurʾān. He was also the first Sunnī theologian to develop a methodology that unified reason (ʿaql) and the scriptural canon (naql), which included the Qurʾān and prophetic traditions. In this book I investigate these transforma- tive contributions that Rāzī made to the Islamic intellectual tradition [01]1. This is noted by Ceylan in Theology and Tafsir in the Major Works of Fakhr al-Din al-Razi, 13. Rāzī’s major works are listed in Brockelmann, … Continue reading.

Rāzī wrote extraordinarily prolifically in the disciplines of theology, Qurʾānic exegesis, and philosophy. He also composed treatises on juris- prudence, medicine, physiognomy, astronomy, and astrology. According to a calculation by Zarkan (1963), 193 works have been ascribed to Rāzī, and ninety-three of these are authentic of multiple volumes. Rāzī’s commentary on the Qur thirty-two volumes and comprises approximately ten thousand pages. Some of Rāzī’s major works engendered commentaries, which then became the sub- ject of further commentaries.

But despite Rāzī’s significance as a thinker, none of his major works has been critically edited. Indeed, some of his major works have not even been published. This is remarkable because Rāzī’s influence in the post-classical Islamic tradition (ca. 1200–1900) was unparalleled. After his death in 606/1210, Rāzī’s works became standard textbooks in Islamic institutions of higher learning in Rāzī’s immediate environs of Iran, Iraq, and Central Asia, and also in India, North Africa, and Malaysia and Indonesia [02]Rāzī’s influence on the Maghrib and Malaysia is noted by Setia in “The Theologico Scientific Research Program of the Mutakallimūn,” 134n..

Rāzī’s commentary on the Qurʾān, too, greatly influenced Baiḍāwī’s d. 716/1316 Qurʾān commentary, which is still one of the core textbooks within the religious curriculum at the Azhar, the foremost center of learning in the Sunnī world [03]3. On the Azhar, see “Azhar, Al-,” in Encyclopedia of Islam (second edition), 1: 813–821 (J. Jomier).That Baiḍāwī’s Qurʾān commentary … Continue reading. Rāzī’s works of philosophy and theology (and the commentarial tradition that they engendered) are part of the curriculum of contemporary Shīʿī institutions of higher learning (madāris) in Qom (Iran) [04]Mottahedeh, “Traditional Shīʿite Education in Qom,” in Philosophers on Education: New Historical Perspectives,” 449–454..

Scholars are just now beginning to situate Rāzī’s system of thought in relation to the so-called classical tradition of Islam (ca. 800–1200) and to assess his influence on the post-classical Islamic tradition (ca. 1200–1900). And they are just now beginning to assess the influ- ence that Rāzī’s theological works (especially his compendium, the Muḥaṣṣal) exerted on Eastern Christianity [05]5. On the reception of Rāzī’s Muḥaṣṣal in Eastern Christianity, see now Schwarb, “The 13th Century Copto-Reception of Fakhr al-Dīn … Continue reading.

Western scholars did not turn their attention to Rāzī until the early twen- tieth century. In 1912 Max Horten published Die philosophischen Ansichten von Razi und Tusi. This work is a paraphrase of Rāzī’s Muḥaṣṣal,….

Thus far we have examined Rāzī’s self-reflective remarks about his method- ology in tafsīr and shown how they reflect his overall agenda, which was to sever the attachments that bind scholars to established authorities and to their intellectual affiliations. It will now be fitting to approach Rāzī’s meth- odology from an alternative angle, namely by analyzing the methods and

49. In this chapter I have analyzed Rāzī’s methodology by examining the principles and devices that he imports from falsafa/kalām into tafsīr. In other words, I have chosen to look across his works to determine his aims rather than adopting a historical approach. Naturally, comparing Rāzī’s aims in Mafātīḥ al-ghayb with those of earlier commentators in the tafsīr

tradition would have been an equally fruitful approach.

Recent scholarship has pointed out that when Rāzī recited his last will on his deathbed, he expressed several ideas that cast light on the relation- ship between the aims of his rational works and his personal piety. Scholars have interpreted these self-reflective remarks to mean that Rāzī professed the superiority of the Qurʾān’s method over the rationalistic and discursive methods of falsafa and kalām. I begin by discussing these remarks and then elaborating on the theological methods and patterns of reasoning that Rāzī believes are embedded in the Qurʾān. On his deathbed, Rāzī stated the following:

I tried the methods of kalām and falsafa, and I did not find in them the profit which I found in the great Qurʾān, for the Qurʾān ascribes all greatness and glory to God, and prevents preoccupation with objections and contradictions. These serve only to teach us that the human intellect comes to nothing and fades

away in these treacherous defiles and hidden ways.

In his work on Rāzī’s ethics, Shihadeh interprets this passage to mean that, in

Rāzī’s view, revelation is endowed with “spiritually transformative features” that are ideal for perfecting human souls. Shihadeh points out that for Rāzī, all revealed religions attribute perfections to God and exhort people to pro- claim God’s greatness. Moreover, the Qurʾān (as well as other revelations) avoids intricate theological problems by preventing people from becoming preoccupied with the minutiae of “objections and contradictions,” which one finds in works of falsafa and kalām. On the basis of further evidence from Rāzī’s Dhamm al-ladhdhāt, Shihadeh concludes that, in Rāzī’s view, the “method of the Qurʾān” is superior to the discursive methods employed in falsafa and … 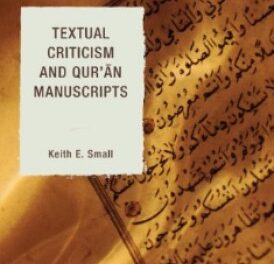 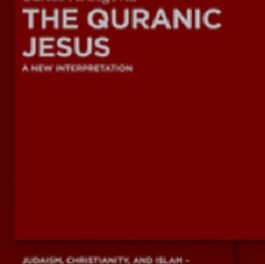 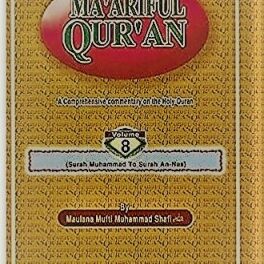 Introduction to the Principles of Tafsir pdf