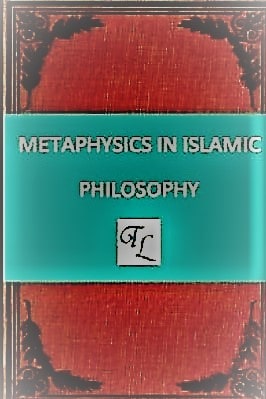 The concept of being in Islamic philosophy is an especially interesting and important topic. It shows the Islamic philos­ophers to be true inheritors of the Greek philosophic tradition.

They not only mastered and assimilated the Greek material on being, but also added to it, developed it, and at moments attained peaks of originality and subtlety that give them a permanent place in the history of metaphysical ideas.

Moreover, the concept of being in Islamic philosophy is interesting in another, and rather unique way. For here one can observe the passing of a concept that developed and was articulated in Greek, an Indo-European language with a characteristic and fairly developed verb “to be,” onto Arabic translators and writers whose semitic language is-in a sense to be explained and qualified later-without the verb “to be.”

Yet despite the special significance of the topic, there is in print no full and sustained treatment of it in either its linguistic-philosophical or in its purely metaphysical aspects. While there are some general discussions of Islamic philos­ophy or of the thought-systems of particular Islamic philos­ophers, there is no concentrated treatment of the central concept of being.

And even where that is presented as part of a more general account, there is usually little or no philo­sophic analysis of the concepts, the arguments, and the problems that are the very stuff of the writings discussed.

As to the linguistic-philosophic aspects of the concept of being, one finds that the Islamic philosophers showed awareness of possible problems in transplanting that con­cept across languages of different family types. Their remarks have been picked up by more recent writers who have a more explicit awareness of the influence that the grammar of a language has on the formulation of philosphic concepts in that language.

Yet there is still no full and sustained discussion of the linguistic and philosophical prohlems raised by this movenment of the concept of being from Greek to Arahic.

We have tried in this book to fill the gaps by offering a study of the concept of heing in both its linguistic-philo­sophical and its purely metaphysical dimensions. We hope it will be useful to the scholars and advanced students who are interested in Greek and medieval Islamic and non-Islamic philosophy, and to anyone else interested in the history of metaphysical ideas.

The study is selective. We chose to focus on those philoso­phers that offer the more representative and interesting material on our topic. And there is a direct connection hetween this selectivity and the length of the book. We think there is more need in this instance to cover less, but to analyze in detail and depth, rather than to survey the whole field.

Moreover, we believe the book will be more serviceable if by its length it entices those outside the field of Islamic scholarship to investigate some of the basic metaphysical issues discussed by the philosophers in Islam. And to the Islamicist and non-Islamicist alike it offers a relatively brief supplement to the general treatments already in print of the thought-systems of the philosophers we have chosen.

In the first part we concentrate on the linguistic-philo­sophical problems which arose when the Greek concept of heing was translated into Arabic and discussed by Arabic­writing philosophers; the second part deals mostly with certain specific philosophic issues in the philosophies of being of four Islamic philosophers: Farabi (d. 950 A.D.), Ibn Sina (d. 1037), Ibn Rushd (d. 1198), and Mulla Sadra (d. 1641}.

Farabi was the first to show a keen awareness of some of the linguistic-philosophical issues connected with the Arabic vocabulary for being, and in terms of particular tenets in the philosophy of being Farabi sowed the seeds of much of what comes to full hloom with Ibn Sina. The latter, with a highly developed philosophical acumen, worked out his philosophy of being with such care and fullness that even in those cases where his ideas come to him immediately from Farabi, one is more tempted to pick Ibn Sina as one’s advocate. This is indeed what Ghazali and Ibn Rushd do repeatedly. And when, in the post-classical period, Persian philosophers writing in Arabic and/or Persian continue the discussion of the prohlems of ontology, it is Ibn Sina they turn to, for the most part.

Ibn Rushd completes the historical unit begun by Farabi and Ibn Sina. On the one hand he counters the reactions in Islam to the first two philosophers, reactions which culmi­nated in Ghazali’s famous attack in The Jncoherence of the Philosophers. But on the other hand, although he attacks Ghazali (d. 1111) and defends the two philosophers, he often acts as an arbitrator, acknowledging some strong and weak points on either side.

On one particular issue, the acciden­tiality of existence, we find Ibn Rushd engaged in an extended set of criticisms directed against Ibn Sina and his alleged ‘essentialism’.

Moreover, Ibn Rushd, in arbitrating the disputes of all of these writers, relies on a more direct and accurate knowl­edge of the Greek sources, primarily Aristotle. Ibn Rushd, it must be remembered, wrote a famous commentary on Aris­totle’s Metaphysics, a work available to him in more than one Arabic translation from the Greek, the best being the translation of Islıaq Ibn IJ unayn.

This circumstance not only gave Ibn Rushd a trustworthy knowledge of Aristotelian doctrine, it also gave him a first-hand acquaintance with the problems of the Arabic vocabulary for being that Farabi had raised.

Mulla Sadra represents the post-classical Persian philo­sophic tradition at its best. He deals with problems of ontology at great length, and continues the dispute over essentialism, with his predecessor, al-Suhrawardi (d. 1191). üne detects more strands in Sadra than simply the Aristotelian Neo­Platonic ones of the Islamic classical peri od. It seems as if his distance from the Greek period made him more steeped in and influenced by the lslamic tradition itself, especially, lbn Sina, lbn al-‘ Arabi, and Suhrawardi.

in our approach to the issues we have opted for a critical analytic focus rather than a historical spread. We have left the latter for those more qualified than we are. in particular we try to do three main things. 1. We explore the resources for expressing “to be” in Arabic (Chapter One1) and discuss whether the absence of a single expression for “to be” in Arabic creates difficulties for the formation of an adequate Greek-equivalent vocabulary for being (Chapter Three2).

The sense in which one can speak of a copula in Arabic is discussed in the second chapter. 3 2. in the fourth chapter we begin discussion of the philosophies of being of the four philosophers we have chosen. First we concentrate briefly on Farabi and the being-vocabulary problem. Then in the course of presenting certain aspects of Farabi’s ontology, we specify different philosophic issues in each of which a philos­opher is said “to distinguish” or “to identify” existence and essence.

Here we clarify the meanings of “distinguishing” and “identifying” that are connected with each of the philo­sophic issues. 3. Although we continue the discussion of the being-vocabulary problem in lbn Sina, lbn Rushd, and Sadra, the main material of the last folir chapters concerns the relation of existence to essence. lbn Rushd and some later Aristotelians (Thomists) raise the problem of the acciden-

1An earlier version of this chapter appeared as an article in the Foundations of Language, Supplernentary Series on The Verb ‘Be’ and Its Synonyms: Philosophical and Grammatical Studies, Part IV, edited by John W. M. Verhaar, (Dordrecht, The Netherlands: D. Reidel Pub­lishing Cornpany, 1969). Perrnission to use the material here has been obtained from the publisher.

2This is a revised form of what appeared in Essays on Jsl,amic Philos­ophy and Science, edited by George Hourani, (Albany: SUNY Press, 1975). The publisher has given permission to include that material in the present book. ….

3This chapter was read in an earlier form at the IV International Congress on Logic Methodology and Philosophy of Science held in Bucharest, Rumania, in Septernber 1971. Elsevier/Excerpta Medica/ North-Holland, Associated Scientific Publishers (Amsterdam, The Neth­erlands) published the proceedings of that conference in 1973 (edited by J. Suppes, L. Henkin, A. Joja, and G. Moisil) and have permitted the use of rny earlier rnaterial here.

tiality of existence for Ibn Sina’s philosophy; we arbitrate the controversy that lbn Rushd raises in his criticisms of lbn Sina (Chs. 4-7). We try to show that the difference between these two philosophers lies not in the way Ibn Rushd saw it. We claim that both philosophers accept the purely concep­tual or logical externality of existence to any essence ( except God’s) qua the essence of something. And both accept the metaphysical involvement of existence in substance, as what exists not in a subject, and in substance, as this specific individual before us now. it is in the theological context of the contingency of beings other than God where we locate the important sense of the externality of existence in Ibn Sina. Here we claim that this is only the notion of the superfluity or non-necessity of the existence of beings that are possible in themselves. This is quite a different notion from the un-Aristotelian essentialism attributed to lbn Sina by Ibn Rushd and the Thomist critics.

in our discussion we claim that lbn Rushd and the other critics have misunderstood Ibn Sina’s remarks about the accidentiality of existence. in working out the full details of this claim we may seem to the reader to have taken Ibn Sina’s side against lbn Rushd. But it was not our intention to write a ‘Ilıhiifut tahiifut al-tahafut! We merely diagnose the misunderstanding and follow the analysis to its logical con­clusions.

We have found an article by professor FazlurRahman (see Bibliography) especially suggestive for the line we took in our discussion here. We have also benefited from the notes and commentary of Van den Bergh on his translation of Ibn Rushd’s ‘Ilıhafut al-‘Ilıhiifut. An article by Charles Kalın on the Greek verb to be (see Bibliography) appeared just before we wrote the three articles that now make up Part üne of the present book. We found the article extremely useful and referred to it in more than one place in our discussion. We have kept the references to Kahn’s original article even though he later worked his own discussion into the full dimensions of a large and important book. 4