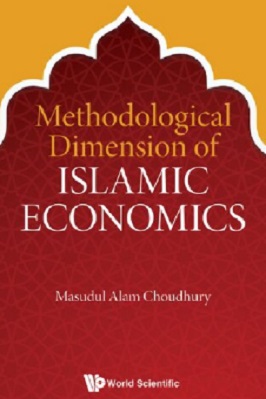 These are the fundamental questions that must be ﬁrst inquired into before a meaningful foundation of the Islamic methodological worldview can be erected, and through this, a generalized founda-tional worldview of any Islamic socio-scientiﬁc ﬁeld can be explained. It is through such foundational inquiry that the substantive diﬀerence between Tawhidi Islamic economic (TIE) and mainstream economic ideas, conception, formalism, and applications can be established.

Methodology is fundamentally an epistemological matter (Pheby, 1988). The term “epistemology” means theory of knowledge (Bartley et al., 1988). It also explains the most reduced premise of knowledge as a generalized way of studying our real conceptions of the nature of the world and its problems under study. Epistemology also includes the area of formulation of knowledge towards investigating the 22 Methodological Dimension of Islamic Economics

problems under study. It also gives the expectations that can be derived from the particular form of theory of knowledge used for the study of problems under investigation.

All theories of knowledge assume that reason and rationality and its substantive overarching domain of rationalism are the foundations of the theory of knowledge (Descartes, 1954). Yet, epistemology as the core of methodology remains substantively divergent in its understanding between diﬀerent cultures, theories, worldviews, and religions. The critically debated issue is based on how the meanings of reason, rationality, and rationalism are derived (Smart, 2000). These are substantive terms in the construction of the worldview of socio-scientiﬁc conceptual and applied dimensions.

Thereby, we ask the question by the epistemic core of methodology: How can the broadest theory of scientiﬁc inquiry be deﬁned for all areas of inquiry? Popper (2004) referred to this selection criterion for the truly scientiﬁc nature of inquiry as the problem of demarcation. It means the separation of science from pseudo-science.1

The broader question that emerges is this: does science as we have inherited by its characterization in the realm of analytics and applications present a complete theory of science? Or are such theories simply a temporary and incomplete vision for studying reality, which is formally conceptualized and examined experimentally, merely in the light of how the world is observed and interpreted by the inquirer?

In other words, such a pursuit of the scientiﬁc enterprise in every area of knowledge is deﬁned by the rationalist worldview leading to a reasoned space of concept and action as understood by the inquirer, his model, and the instruments of investigation? These approaches then lead to further abstraction that generate more of the same in diversity ad inﬁnitum (Popper, 1998).

Examples are legion in the above-mentioned areas of questioning on methodology in relation to the concepts of rationalism, reason, and rationality: Water is chemically H2O — two atoms of hydrogen and one atom of oxygen.

Yet, if we are to conceive of the humanly useful meaning of water with all its minerals, the chemical deﬁnition does not complete the human wellbeing function of water. Instead of the H2O deﬁnition of water for human wellbeing, the example of Zamzam is in point. Zamzam is believed by Muslims to continue oﬀering spiritual and health beneﬁts to human kind until the end of time.

Such are the ethically defeating markets, choices, and preferences that the Qur􀀁an and the sunnah overrule out of good choices. In Occidentalism, there are no consciously governing market choices in rational choice theory other than the individual and collective free will. In this sense of individualism, the human claim on free will becomes contrary to the injunctions and the purpose and objective of the shari􀀁ah —themaqasid as-shari􀀁ah relating to individual, collective, and social choices for the common good.

In this respect, the recent business clamor regarding good corporate governance and corporate social responsibility are merely carried through within the so-called industrial democratic insti-tutional environment. The institutional collective preference on choice is once again governed by the collectivity of individual preferences based on methodological individualism. This in turn is subsumed by the free will of rational choice maker. The free will of rational choice in turn arises from the totality of socio-scientiﬁc rationalism.

In the above examples, we note that the overarching presence of rationalism in free will determines rational choices. Such choices reﬂect the perceptions and decisions of individually determined cate-gories. The underlying notion of abstraction based on methodological individualism does not establish a set worldview.

Consequently, socio-scientiﬁc inquiry ends up in random conceptions of reality. A plethora of rationalist thoughts concerning free will is called in the literature of political economy as the problem of overdetermination (Resnick and Wolﬀ, 1987). Popper (1998) refers to such a situation of preferences, choice, and abstraction of thought in the venue of methodological individualism as undecidability in epistemologies. Undecidability is the permanent feature of the theory of knowledge in occidental socio-scientiﬁc worldview.

Analytical deﬁnition of methodology in occidental thought and the Islamic rebuttal

The idea of rationalism that underlies occidental understanding of reason, rationality, and rational choice needs to be explained. In the Western model of epistemology, such randomness of free will arises from the rendering like that of Kant (1949) and Hume (1988).

Kant divided his theory of knowledge in reasoning that is diﬀerentiated between apriori domain comprising the moral imper-ative, and the worldly reasoned a posteriori domain of sensate forms and schemes. There is independence between these pure and practical ways of reasoning, respectively. The dichotomy referred to as antinomy is shown in Figure 2.1….

On such a delineation of the origin of knowledge of two independent kinds, Kant (1949, p. 25) wrote: “This, then, is a question which at least calls for closer examination, and does not permit any oﬀ-hand answer: whether there is any knowledge that is thus independent of experience and even of all impressions of the senses.

These explanations regarding the nature of occidental socio-scientiﬁc thought thus point out the subjective nature of a dis-connected methodology that separates God from the experimental domain. This is the meaning of antinomy. Contrarily, in Islamic socio-scientiﬁc thought, God by His law of monotheism is integral with the experimental domain of reality.

This law uniﬁes A-domain with B-domain and renders the C-domain null and void. Islamic knowledge ingrained in the monotheistic law and functioning in the socio-scientiﬁc order is thus the law of unity of knowledge. Such a functional unity between A-domain and B-domain is made possible pervasively in “everything” by the Islamic epistemic methodology of the Qur􀀁anic law of unity of being and becoming, and by the sunnah that carries the Qur􀀁an into our practical domain of human action. 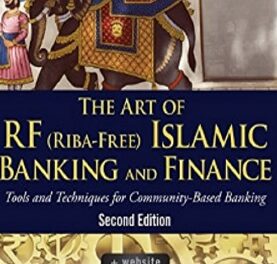 The Art of Islamic Banking and Finance pdf 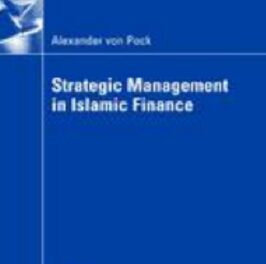 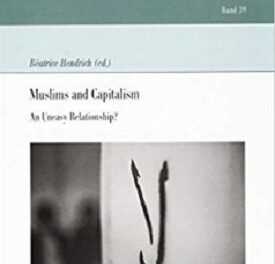 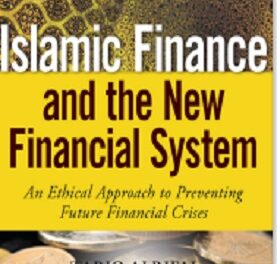