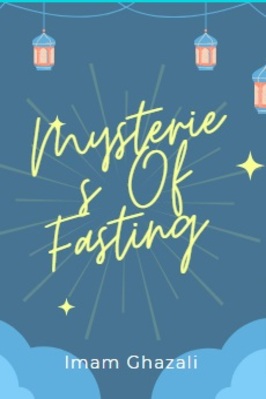 The practice of fasting as a spiritual discipline is both ancient and widespread. It antedates Islam, even among the Arabs, and from time immemorial has been observed in various ways by Jews, Christians, and eastern and pagan religions.

The Prophet himself, according to several authentic traditions 1 was wont to observe, like his own tribe of Quraysh, the feist of ‘Ashura’ on the tenth day of Muharram.

The custom was taken over from the Jewish “Asor fast of the Day of Atonement, which fell on the tenth of Tishri. “When the Prophet came to Medina he found the Jews fasting on the Day of ‘Ashura.

When they were asked about it they said: ‘This is the Day on which God gave victory to Moses and the children of Israel over Pharaoh, so we keep it as a fast to honour it’.

The Prophet replied: We are more worthy of Moses than you are’, and commanded that it be kept a fast .”

After the break with the Jews the fast or Ramadan was instituted, but the custom of fasting ‘Ashura’ became optional and supererogatory. It commemorates the day on which Noah left the ark . 3