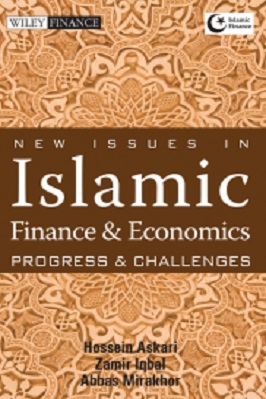 New issues in Islamic finance and economics : progress and challenges

Globalization and Its Implications for Muslim Countries

Globalization is akin to a process whereby numerous countries become one. This process proceeds when barriers (affecting the movement of goods, capital, technology, and labor) between countries are reduced. Globalization is the result of reduced information and transportation costs, and liberalization of trade, ﬁnance, investment, capital ﬂows, and factor movements (O’Rourke 2001; Crafts 2004).

It is a multifaceted and multidimensional process of growing interconnectedness among nations and peoples of the world. Its main dimensions are cultural, sociopolitical, and economic. Its cultural implications are the convergence of cultures.

Its sociopolitical tendencies are convergence of ideas and norms. Its economic dimensions include growing a variety of ﬂows: trade ﬂows across countries; ﬂows of capital and investment; ﬂows of technology; and labor ﬂows (both skilled and unskilled). This is accompanied by the standardization of processes, regulations, and institutions, all facilitated by the free ﬂow of information and ideas.

Globalization is not unidirectional, as witnessed over the last century. Before the onset of hostilities in World War I, trade, capital, and labor ﬂows across national borders had been increasing steadily. World War I and the Great Depression (accompanied by protection- ism) reversed the process. It was not until after World War II that there was the will to reduce barriers. Even then, only trade barriers were slowly reduced, to be followed much later by a reduction to barriers limiting ﬁnancial ﬂows. Labor ﬂows across most borders are highly restricted even today.

It would have a long way to go to attain ‘‘complete’’ globalization! No country in the world comes close to meeting these targets for goods and capital ﬂows. If countries today feel the pressures of globalization, they have seen nothing yet if the process of globalization continues unabated.

Numerous trade rounds under the General Agreement on Tariffs and Trade (GATT) reduced barriers to the movement of goods across national borders. The process, though not always smooth, is continuing under the World Trade Organization (WTO) with coverage extending to services.

In the area of ﬁnancial ﬂows, the last few decades have witnessed dramatic and rapid changes in the structure of ﬁnancial markets and institutions across the world. Advances in ﬁnancial theory, the rapid pace of innovation in the practice of ﬁnance, the revolution in information technology, deregulation, and institutional reforms have irreversibly changed the nature of ﬁnancial relations and a ‘‘new ﬁnance’’ has emerged. As a result, ‘‘people can borrow greater amounts at cheaper rates than ever before, invest in a multitude of instruments catering to every possible proﬁle of risk and return, and share risks with strangers from across the globe. …

These changes have altered the nature of the typical transaction in the ﬁnancial sector, making it more arm’s length and allowing broader participation. Financial markets have expanded and have become deeper. The broad participation has allowed risks to be more widely spread throughout the economy’’ (Rajan 2005). The new ﬁnance has an important role in leveling economic playing ﬁelds, thus becoming the great equalizer of our time: it requires no passport, and does not discriminate on the basis of color, creed, race, or national origin. It unwinds and unbundles, dissects, analyzes, and prices risk, and searches for the highest return. It explores all opportunities for risk/return sharing, in order to exploit the wedge between the real rate of return to assets and the real rate of interest, leading to greater reliance on risk sharing. In this chapter we focus on three central questions. First, how will globalization affect the broad economic developments of countries that have adopted, or are adopting, Islamic economic principles? Second, how will continuing globalization affect the development of Islamic ﬁnance and Islamic ﬁnancial markets? Third, what policies should Muslim countries adopt to beneﬁt from globalization without sacriﬁcing their Islamic heritage?

T HE BROAD ECONOMIC AND FINANCIAL IMPA CT OF GLOBALIZATION

Globalization, as with most things in life, has its fans and detractors. Some argue that globalization increases economic growth and prosperity no matter what, others respond that faster growth could come about only if countries are properly positioned to take advantage of it, and yet others say that globalization is bad for everyone. The dan- ger for the future of globalization is that if enough countries or large constituencies within countries do not gain from globalization, the forces of protectionism will increase, as experienced in the early part of the twentieth century, with the pinnacle of protectionism during the Great Depression, a case of near autarchy where everyone was a loser. In the case of Muslim countries, Islam advocates a number of important principles for the smooth functioning and long-term prosperity of an Islamic economy.

The forces of globalization affect many of the economic prescriptions of Islam. If Muslim countries do not prepare for the onslaught from abroad when they open up their markets and borders, their Islamic economic and social fabric will deteriorate and political strife will increase.

First of all, globalization entails the lifting of barriers to economic ﬂows and interactions between countries, resulting in increased com- petition from abroad. It is akin to the convergence of a number of countries into one big country, a process that takes time. The process of globalization is ever-changing and by some measures still has a long way to go.

Globalization is essentially the process of eliminating all barri- ers so that countries appear as if they are one integrated country. Barriers that inhibit economic interactions, or ﬂows, between coun- tries include those on: goods and services, capital (portfolio, foreign direct investment (FDI), and debt), technology, and labor (both skilled and unskilled). The lifting of barriers in turn leads to an enhanced level of competition. The manifestation of this competition from abroad is multidimensional:

These ﬂows, in turn, affect a number of critical economic indica- tors, including: real wage rates or the real rates of return to differing categories of labor (professional, skilled, and unskilled); real rates of return to capital; real incomes; income distribution (poverty allevia- tion); employment and unemployment; and economic growth. Before we look at the impact of globalization on these, we must stress one important point. In all instances there are numerous other forces, besides globalization, that affect these outcomes and there are more direct policy options, than globalization, for governments to affect these variables. For example, governments can affect income distri- bution through taxation. Globalization by itself does not determine any of these important economic developments.

Globalization is, in the ﬁrst instance, advocated because of its presumed positive impact on overall economic growth. The classical argument in support of trade is quite appealing. Free trade and the unimpeded ﬂows of labor, capital and technology, by moving from where they are plentiful to where they are scarce, increase global output and enhance the welfare-promoting movement of factors and goods.

The presumption is that these forces allow a country to expand its production possibility frontier by taking advantage of efﬁciency gains afforded by a larger market, specialization, better technology through economies of scale, learning by doing, higher investment, and the like. A more recent argument (Balassa 1978; Krueger 1980) is that outward-oriented policies reﬂect a real exchange rate that promotes the development of exports whereas inward policies are accompanied by an overvalued real exchange rate, retarding the growth of exports; the clear presumption here is that the beneﬁt of outward-oriented policies is from better exchange rate management.

First, there is the standard infant industry argument against com- plete and indiscriminate liberalization— some industries, especially those where economies of scale and learning by doing are important, cannot develop, in the early stage of their existence, in the face of

price competition from already established and advanced industries from abroad. Infant industry protection has clearly been a positive factor for growth and development in a number of countries, includ- ing Japan and South Korea (Ha-Joon Chang 2007). A country that does not protect its infant industries may inhibit their eventual devel- opment. While many countries, including Japan and South Korea, disavow this pro-protection argument today, they are forgetting their own path to development (Ha-Joon Chang 2007).

Second, whether trade liberalization may be unequivocally beneﬁcial or not depends on the exact form of existing barriers in all countries and other factors that accelerate or decelerate growth. It is time (and environment) speciﬁc.

Third, it must be remembered that not all trade ﬂows occur under perfect competitive market conditions. Foreign ﬁrms may resort to ‘‘dumping’’ to get their goods into a country’s market. There are three motivations behind dumping: sporadic dumping (excess inventory, and so on), persistent dumping (to maximize proﬁts if price elasticities vary across markets), and predatory dumping (to drive domestic ﬁrms out of business). Dumping can clearly impair growth and be otherwise detrimental. As a result, countries may need to monitor dumping and impose barriers when it occurs.

Fourth, the inﬂow of services, especially ﬁnancial services, may have widespread effects. Foreign banks could drive out domestic banks, reducing competition, or they could drive out some domestic banks and render other domestic banks more efﬁcient, increasing competition. Foreign ﬁnancial institutions could stimulate capital inﬂows, forcing recipient countries to adopt better macroeconomic policies or be subject to heightened economic and ﬁnancial volatility. Financial volatility and ﬁnancial turmoil can be costly for economic growth and be especially harmful for the disadvantaged members of society. The net effect on economic growth and income distribution (poverty alleviation) will largely depend on the quality of regulatory oversight.

The ﬂow of goods and services directly affects the domestic price of goods and services, and in turn the real return to labor (different for each labor classiﬁcation) and capital. The impact on the return to labor and capital is due to the fact that goods and services are essentially the embodiment of the inputs that are used to manufacture or deliver them. If a country— say, a capital-abundant country— imports labor- intensive goods and exports capital-intensive goods (as predicted in the Heckscher-Ohlin trade model— two countries, two goods, two factors of production which are mobile within countries but immobile across countries, diminishing marginal productivity of factors, con- stant returns to scale, zero transportation cost, and broadly similar consumption taste patterns), then real wage rates (assuming for the moment that all labor is the same) decline with more trade.

This is because the import of labor-intensive goods is akin to importing more labor; in other words, similar to increasing the domestic labor supply and in turn reducing the return to labor. The opposite of reducing barriers to trade, namely the imposition of barriers to trade, is the famous Stolper-Samuelson Theorem. At the same time in the same country— that is, the capital-abundant country— the real rate of return to capital goes up as the demand for capital-intensive goods, and thus the demand for capital inputs, has effectively increased (from abroad). The decline in the real wage rate and the increase in the rate of return to capital will in turn affect the level of real income. Those who have only their labor to sell lose relative to those who own capital, resulting in a change in income distribution. The opposite is the case for the labor-abundant country. Globalization gives birth to