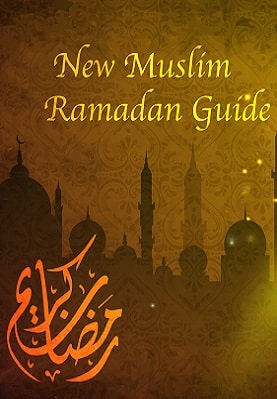 The Beginning and End of Ramadan

How to Confirm Them?

There are many hadiths concerning the timing of Ramadan. It has been authentically reported th at the Messenger of Allah said:

Scholars maintained that the legal means to confirm the beginning and th e end of the month in the Isla mic Shari`ah is either by sighting the new moon or completing the previous month as 30 days.

In some countries the day is about 21 hours in summer, and 3 or 4 hours in winter. Scholars stated that those who have day and night within the 24 hours must observe fast during the day hours and perform the daily Prayers at their designated times, for Allah says:

“Verily, salah is enjoined on the believers at designated times”. (An-Nisaa’ 4:103),

regardless how long or short is the day. However, in other countries the day is not distinguished from the night. Prayer

The Supreme Council of Grand Scholars in Saudi Arabia has convened and discussed this question and issued the following de cree: People living in countries where the day lasts for six months during Summer and the night lasts for six months during winter, it is incumbent on them to perform the daily Prayers within a 24-hour period by estimating its times taking as a standard the nearest country in which there is day and night and have regular Prayer schedule. This ac-cording to the holy hadith in which Allah said to the Prophet:

“O Muhammad. They are five Prayers during the day and night”.

It is also authentically reported that the Prophet said in the hadith of Ad-Dajjal when they asked him how long will the Dajjal remain on earth. He said: “40- days. A day which is a year-long, and a day a month-long, and a day a week-long, and the rest of the days like your days”. He was further asked: ‘Would it be enough for us to perform only five Prayers in the day, which will be a yearlong?’ He said: “No, estimate the time.”

The Prophet did not consider that day which will be a yearlong as one single day. Rather he instructed that five daily Prayers must be performed in every 24 hours.

Similarly, fasting should observe I countries such mentioned above according to the standard time of the nearest country to them, which has day and night.

How to Get Ready for Ramadan?

Ramadan is an event that occurs in the life of the faithful, as individuals and as an Ummah, once a year. Allah made it to help us taqwa and thus prepare us for the great mission of realizing His will on earth.

“Oh Allah give us the blessings of the month of Rajab and Sha`ban and allow us to reach Ramadan.” (Ahmad)

fasting. Have at least a weekly session with your wife/husband and kids to talk about the significance of fasting. Get a booklet on fasting and read it with your children to make them love fasting. Focus on the virtues of Ramadan, that it is the month during which the Quran was revealed and a thousand months.

This means that every Muslim should make du`a (supplication to Allah) a strong tool in making the best of Ramadan. Du`a should be recited before Ramadan that you witness this month, during Ramadan that Allah will accept your du`a for yourself and for others, and after Ramadan that God will accept your fasting and re-ward you abundantly for it.

Let us pray for Allah that we come out of Ramadan with our faith recharged, gaining strength in our faith and commitment and relationship with Allah.

How Could I Make This Ramadan a Landmark?

Every Muslim should do his best to make the coming month of Ramadan a landmark event this year. Put a target for yourself, like for example having all your sins forgiven by Allah and that you will be saved from Hellfire.

Ask yourself are you pleased with what you did last Ramadan? Will this Ramadan be the same as the last year?

If you used to read the Qur’an once during the month of Ramadan, this year read it twice. If you used to do Tarawih (Night Prayers in Ramadan) alone, this year perform it in congregation. If you did not give charity, this year make it a daily habit to give to the needy what you can afford, even it is a small amount.

If you did not observe any voluntary fasting since the last Ramadan, train yourself to observe fasting during the month of Sha`ban as the Prophet used to do.