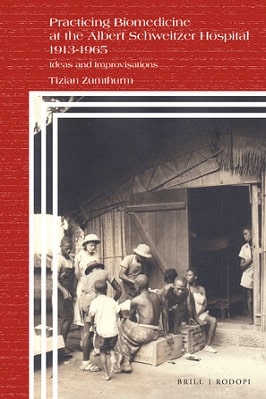 News on medical issues from Africa and other parts of the Global South often come with triumphant images of biomedical personnel fighting scary diseases using sophisticated technologies that are met with local incomprehension or rejection.

Ebola workers are depicted in their white bodysuits; coverage on aids interventions emphasizes the seemingly strange reactions that those therapeutic and preventive measures provoke. To the historian, the colonial heritage of such global health interventions is rather obvious.

Historical research on medicine in Africa and other colonial contexts frequently analyzes what might be called the domineering side of biomedicine. Studies that examine health policies, public health campaigns, or public-private cooperation often focus on the spectacular aspects of colonial medicine, on what today is represented by the white suits or antiretroviral drugs.1

Such scholarship illustrates how racist and forcible biomedicine can be. It stresses biomedicine’s top-down nature and explains how it suppresses vernacular practices and knowledge. Emphasizing global or inter-colonial transfers, research of this kind frequently neglects to assess how biomedicine is transformed locally.

Historical research that focuses on how biomedicine is instantiated in the colonies, on local incomprehension, or on the agency of the colonized often analyzes what can be called biomedicine’s interactive side.2

Such studies, frequently drawn from missionary contexts, investigate biomedicine’s contact with other forms of healing and with local conceptions of health and disease.

They illustrate that biomedicine was highly adaptive: it incorporated local ideas and practices, and it was incorporated by them. Concerned with issues of translation and hybridity and often working with memories and material evidence, this strand of scholarship frequently disregards how biomedicine aims for dominance and suppression. Many historical studies, of course, examine both the domineering and the interactive aspects of biomedicine.3

👉 Click to load all books of African Studies  physics