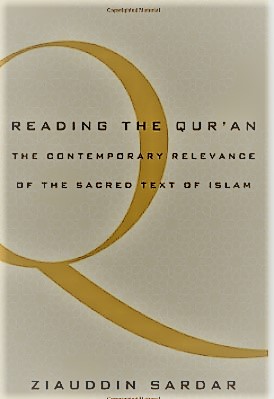 Reading the Qur’an: The Contemporary Relevance of the Sacred Text of Islam

We live in troubled times, in a dangerous and destabilised world. At the heart of present conflicts and perceived future threats stands a book. The book is the Qur’an, the Sacred Text of Islam. How people read the Qur’an and what is read as the Qur’an are not necessarily the same thing.

Yet the distinction is fundamental to how people think, feel and react to the problems afflicting the world today. Whether Muslim or non Muslim, understanding what is involved in reading the Qur’an, how it has been read in history and the ways in which people derive meaning from its message, makes a significant contribution to contemporary debates, controversy and doubt.

Even though it is one of the most read books of all time, what the Qur’an actually says is shrouded in veils of assumptions and received opinions. Other people’s readings of the Qur’an present considerable obstacles between the text and today’s readers whether they are Muslim or non Muslim.

The problems of how to approach and make sense of the text are common to Muslim and non Muslim and have existed almost since the original revelation of the Qur’an. What has been read into its meaning often seems to count for more than what the text itself expressly states.

Among believers the Qur’an is invoked to support directly contradictory meanings: a majority insist it is a book of peace; extremists use it to argue that it legitimises their recourse to mass murder. And on both sides of the divide there is no consensus on how the majority of the text, accepted as governing a total way of life, could, should, or ought to be applied to the whole gamut of actual dilemmas of contemporary Muslim society or global human problems.

READ  Towards Understanding the Quran pdf

For non believers the Qur’an presents a host of baffling conundrums. It is not a linear text, it does not replicate conventions familiar from reading the Bible. Yet the Bible is the inescapable source of comparison and contrast employed to evaluate how to read and what is read into its words. No book divides opinion as passionately. No book more urgently needs to be read with greater clarity.

There is a need, I would argue, for Muslims and non-Muslims alike, to approach the text with fresh eyes. For non-Muslims there is a need to make an effort to see what is so special about the Qur’an that convinces Muslims to regulate their lives according to its teachings, what motivates and generates passion, how the Qur’an shapes their thought and behaviour. And for Muslims the corresponding need is to understand the ways in which it inspired earlier generations to reach the zenith of civilisation, and to distinguish the possible and potential shades of meaning from the various interpretations that have accumulated over the centuries.

However, the greatest challenge for both Mus- lims and non-Muslims is to read the Qur’an on its own terms, to engage with its text unencumbered by prejudices and preconceived ideas, to free their minds as far as humanly possible from what we have been told to understand and encounter its words anew.

This is what I have tried to do in this book. I have attempted to read the Qur’an to uncover what the text communicates to me. Reading the Qur’an is not an argument for or against any particular school of thought or tendency. It is a product of a personal journey, my own engagement with the text of the Qur’an. While I stress the importance of reading the Qur’an personally this necessitates an exploration of what is required to make a text readable.

However, the personal, one man’s reading, inevitably is connected to the process of how other people have read and responded to the same words, now and in history.

So this book seeks to identify and reflect on how my reading emerges from and is distinct from the nuances, biases, dogmas, pieties and hostile criticisms I have imbibed and am aware of in all I have ever read about the Qur’an. I attempt to demystify the very act of reading by exploring the various contexts that are essential parts of how readers engage with a sacred text.

I am not a special reader. Indeed, I have no qualms in admitting that I am not the most qualified person to talk about the Qur’an, let alone offer my own particular reading of the text and its meaning. I am not a Hafiz, or an Imam, or an Alim – a religious scholar trained for years in a religious seminary. Although on certain bad days, I do imagine myself as a Muslim thinker of some repute. Worse: I don’t even speak Arabic.

However, most readers of the Qur’an are in the same position as me. Not all of us can devote most of our lives to learning classical Arabic or become Qur’anic scholars. But that does not deprive us of our right to read the Qur’an with all our shortcomings and gaps in knowledge.

I, like most people, Muslims and non-Muslims alike, read the Qur’an in translation. Here there is a basic distinction to be made between reciting the Arabic words of the Qur’an and reading with comprehension which is only possible with a translation in one’s own native language. This is not ideal; but it is not unusual nor is it a major drawback. Even modern Arabic speakers– and these constitute less than four- fifths of the Muslim population of the world – do not find it easy to grasp the meaning of its verses.

Native Arabic speakers may have an advantage in pronouncing its words correctly, but they are in the same boat as everyone else when it comes to struggling to discover the meaning and contemporary relevance of the words and verses of the Qur’an.

They have to use classical and modern commentaries to enhance their understanding. For Muslims, Arabs and non-Arabs alike, the challenge of understanding the Qur’an, and making sense of it for our times, is formidable. For non-Muslims the task is even greater. The point is we all, whatever our state of knowledge and station in life, have to struggle with the Sacred Book.

I write as Every Muslim; as an individual trying to understand what the Qur’an means to me in the twenty-first Century. I believe that every Muslim is duty bound to accept responsibility for making this effort. I contend that one can have only an interpretative relationship with a text, particularly when that text is regarded as eternal.

By this I mean that readers can only strive to do their best to arrive at conviction in their tentative, contextual and timebound understanding of the text. The eternal and infinite are not qualities of human knowledge, understanding or experience. By definition, not all the scholarship of all the ages, individual and/or collective, can ever be an absolute and permanently fixed reading of the divine word. To accept the Qur’an as eternal means acknowledging that there is always more to the text than our partial intellect will comprehend and to begin one’s reading from that premise with humility.

Everyone who claims to be a Muslim must struggle with the meaning of the Qur’an. There is no ‘get out’ clause, no escape. This responsibility is not fulfilled by merely reciting its words; or by being told by other, more qualified people, what it means and should mean. It is something we need to discover for ourselves.

The Sacred Text of Islam was revealed over a period of 23 years, from 610 to 632 AD; it marks the beginning of Islam. It is the Book which defines all Muslims: they are people who believe its text is the Word of God recorded exactly as revealed to the Prophet Muhammad.

The Qur’an is an inescapable presence in the daily life of Muslims: passages are recited during the five daily prayers while people read the whole text frequently throughout their lives.

In other words it is a book that demands critical thought of all readers. It is a book about relationships, concerned to establish the relationship between God and all created things including all humanity. While it devotes consider- able space to delineating the attributes of God, the power and majesty of the divine that is beyond human comprehension, the Qur’an stresses throughout that knowledge and reason are as important and valid as faith itself in apprehending and understanding God.

The message of the Qur’an is not easy to grasp. It is quite simply unlike any other ‘book’ having no conventional beginning or end. At first sight, it is full of repetitions, seems to imply internal contradictions and appears to have its own logic.

This is why non-Muslims readers are often baffled. They expect it to resemble the Bible. The Qur’an does contain many Biblical stories, relating incidents in the lives of 25 Prophets also mentioned in the Bible, such as Prophets Moses, Abraham, Jesus, Noah and Lot. Yet reference to these Biblical Prophets is not found in a single place.

Their stories occur in fragments and recur, introducing and focusing on different details at various points throughout the entire book. But the comparison ends there. The Qur’an, unlike the Bible, has no narrative structure: the few stories it relates are not exhaustive factual recitals but assume a familiarity with detail and focus on drawing a particular insight or moral from the sparse details specifically referred to; it has surprisingly few commandments; its verses are not arranged in chronological order according to the sequence in which they were revealed.

All this makes the Qur’an much more difficult to read in English, or indeed in any other translation, than most conventional texts.

The Qur’an uses a heightened form of Arabic, language of great beauty with the power to move listeners. This Qur’anic Arabic has a particular structure: it locks every word with every other in the text and places it in a precise loca- tion in the whole text. This interlocking language is seen by Muslims as a proof of the Qur’an’s Divine origins; it also makes the text easy to memorise.

Millions of people around the world, known as hafiz, have committed the entire Qur’an to memory. They carry it, as the Muslim tradition says, in ‘their heart’. But there is a profound irony here: memorising the Qur’an is not the same as reading, interpreting or understanding. Reading involves a struggle with words and meanings.

To genuinely struggle with words and meanings requires something more. Recitation and memorising are tools of preservation; they ensure the continuity of the original text as the enduring basis for a personal interpretive relationship with scripture.

To make that relationship meaningful the preserved and remembered words have to be comprehended through the language of one’s conventional understanding. Only through the medium of one’s own language can there be a critical engagement with the text that can uncover its significance 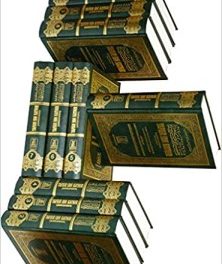 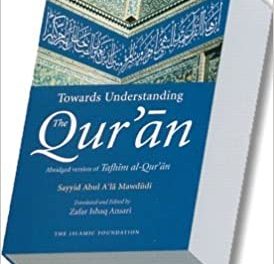 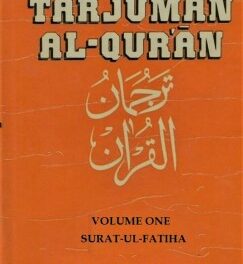 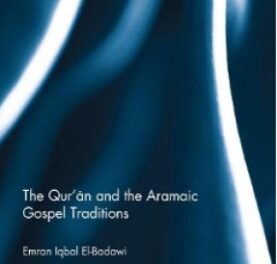