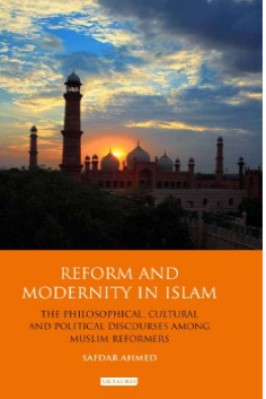 Reform and modernity in Islam : the philosophical, cultural and political discourses among Muslim reformers

INTRODUCTION – REFORM AND MODERNITY IN ISLAM

The overarching theme of this book is that there is no singular or transcendental definition of modernity next to which other variant or lesser modernities are compared.

This is not to claim that modernity is so diffuse as to bear no meaning or that it connotes different things to different people. Rather, modernity must be placed in its historical setting, which is to release it from the exclusionary Eurocentric paradigms by which it is commonly defined.

Whilst modern ideas, movements and ideologies properly begin in Western Europe during the time of the Enlightenment, their historical paths (under the engines of colonialism, global capitalism, nationalism and globalisation) are so fractured and complex as to exceed any particular doctrine, culture or essence.

To speak of modernity in historical terms, therefore, is to invoke a cluster of contested philosophical ideas and practices which provide the conditions, or common ground, for the generation of diverse ideologies both in and outside Europe.

Yet, too often, when historians, media pundits and policy analysts sit down to interpret modernity in the context of contemporary Islamic thought, a homogeneous, flat and hackneyed conception of the modern world emerges. This is not a consequence of Islam’s own encounter with modernity, but of its being placed in an anterior historical and chronological position to that of the modern West. Islam, we are told, must get through its religious wars, find its Martin Luther and learn to separate the powers of church and state if we are to see the arrival of such things as democracy, human rights and women’s freedoms in the Muslim world.

This claim gets co-opted by secular political discourses in which modernity or a modern ‘way of life’ is opposed to Islamic revivalism – or Muslim culture more generally – in tones reminiscent of the Cold War. At its most distorted, this dichotomy simplistic- ally conflates modernity with all that is rational, forward-looking and civilised, to be defended from an Islam cast as irrational, totalitarian and atavistic.

In the reactive and often shallow political commentary of policy analysts, media pundits, journalists and opinion-piece writers, Islam or Islamist movements are placed against a normative definition of secular modernity.

Francis Fukuyama, for one, has likened the reactionary or anti-modern character of contemporary Islam to the worst strains of totalitarian thought, using the pejorative term: ‘Islamo-fascism’.1 Likewise, one often hears contemporary Islamist groups, such as the Muslim Brothers in Egypt or the Islamic regime in Iran, described as ‘anti-modern’ or ‘un-modern’ for purportedly opposing the tenets of political liberalism: a stance which constitutes them as walking anachronisms, or relics of another time.2

Yet in the use of terms such as ‘Islamic terrorism’, as Alain Badiou points out, ‘the predicate “Islamic” has no other function except that of supplying an apparent content to the word “terrorism”, which is itself devoid of all content’.3 In this sense, ‘terrorism’ (like ‘fundamen- talism’ and ‘fascism’) is conflated with the adjective which precedes it, becoming, in turn, a part (the ‘problem’) of Islam itself.

Alas, rhetorical cues such as the ‘war on modernity’ and the ‘threat to the Enlightenment’ cannot accommodate Islamic reformism’s complex and sustained entanglement in the historical and political conditions of modernity.

The implication that Islam simply needs to ‘catch up’ with the West involves a one-dimensional image of both Islam and the West which reduces their internal complexities whilst overlooking the histories they share.

One cannot understand the con- temporary societies of the Muslim Middle East, for instance, without accounting for the communications, differences and interactions which have occurred amongst and between European powers and indigenous peoples since the colonial period.

Before I explore the implications of this (over and above the inaccuracy of attributing to Islam a variation upon the ideology of European fascism), it is important to underscore the different conceptions of modernity to which Muslim societies have been exposed, and from which their own modernity is shaped.

By way of a definition, there are two general though often opposed philosophical conceptions of modernity which chart a wide and tangled path in global history from the eighteenth century onwards.

The one I will address first is understood, according to the tenets of Enlightenment thinkers such as Immanuel Kant and David Hume, as a project for the liberation of human beings from the self-incurred bonds of irrationality and superstition through the application of reason-centred ideas and institutions. This point of view circumscribes a teleological scheme, in which history’s dialectical turns and negations are streamlined towards the realisation of a singular truth, spirit or historical destination.

This conception of history as an ends- driven process, which aims towards a particular outcome premised upon notions of human happiness or improvement, underpins such twentieth-century ideologies as Marxism and neo-liberal capitalism.

In traditional Marxism, for instance, this takes the form of a par- ticular class, the proletariat, which has not yet become sufficiently conscious of itself to forge a society in which abilities and needs are balanced equitably. In the case of economic neo-liberalism, it takes the form of a society guided by benign market forces which purportedly increase individual freedoms and loosen the grip of authoritarian governments.

These ideologies, whose opposition became a feature of Cold War politicking, are universal in their scope. They propose to resolve the dialectical oppositions and disintegrating forces which assail the political, economic and existential development predicted for all (post-capitalist or post-industrial) societies.

(The other conception of modernity, whose development cannot be subsumed beneath an overarching historical theme or essence, will be described shortly.)

A singular and trans-historical conception of modern thought came into its own during the late eighteenth and nineteenth centuries when liberal notions of ‘development’ and ‘progress’, exhorting the supremacy of European statecraft, science, politics and culture, were promoted as a part of imperial ideology and accepted amongst indigenous elites.

In colonial India, for example, liberal imperialists such as John Stuart and James Mill, Lord Macaulay and Jeremy Bentham, bestowed ideological legitimacy upon British rule by claiming that its mission would be to help the societies under its administration achieve the levels of political maturity and ‘civilisation’ required to take on the mantle of representative democracy.

Because all societies cannot be graded equally, and those under British administration had not yet satisfied the requisites for representative government, liberal thinkers endorsed colonial rule – which they conceived as a form of tutelage – for those who existed at a lower point on the linear gradient of historical progress.

Through education and training, Indians were to acquire a model of bourgeois civility which enforced the modern state’s distinction between public (civil) and private spheres of life, and which accompanied bureaucratic types of industry, science, medicine and so forth, organised beneath the arch of reason.4 This pedagogical aspect of imperial ideology is reflected in statements advocating the need to lift indigenous peoples to a higher rung of the civilisational ladder (as conceived in James Mill’s History of British India) or to drag them out from a position analogous to Europe’s past, into the present.5

However, this discourse towards indigenous improvement bore a fun- damental ambivalence which (as historians aligned with the Subaltern Studies project of Indian historiography have pointed out) impacted upon the thinking of anti-colonial and nationalist elites.6

Because Europe represented the final realisation of the ideological forms of modern life, it is an ironic truism that the deficiencies attributed to colonial or postcolonial societies could not be understood except from within a universalised European historical narrative from which they were simultaneously excluded. Non-European societies were seen as mired in an elementary, or less fulfilled, stage of the West’s epistemological development until such time as they were able to catch up with and so make themselves a tropical extension of the West.

But how can societies which exist in an anterior position to the modern world be brought up to it? Moreover, how could one become authentically modern when the vision of historical progress imposed onto the colonised world simul- taneously constituted it as a belated replication of the West? As Homi Bhabha points out, in his reading of Macaulay’s Minute on Education (1835), the education of Britain’s Indian subjects to European stand- ards of bourgeois civility deferred the promise of liberal citizenship by presenting them as the objects of ‘mimicry’, ‘lack’ or ‘failure’.7

This ambivalent aspect of colonial discourses, which enjoined Indians to embrace a model of bourgeois civility whilst establishing the conditions for their failure to do so, is disparagingly ironised in a journal entry by the influential Muslim modernist and popular his- torian, Sayyid Amir ‘Ali (1849–1928):

The superimposition of the utilitarian and not very altruistic civilisation of the West on the Indian civilisations has produced some anomalous features. For years past Englishmen have been engaged in diffusing Western ideas among the people. The effort has been to Christianise, Europeanise, modernise Indian thought and Indian life, to break down old customs and habits, to alter social institutions and family conditions, to develop a national sentiment. In some directions the effort has met with success, in others with hopeless failure. And now that after sev- eral generations of continuous labour it has begun to bear fruit, the result is viewed with surprise mixed with resentment.8

For Amir ‘Ali, this ‘surprise mixed with resentment’ speaks for the predicament of colonial institutions, in which:

. . . the failings which every virile race despises were stigmatised as ‘Oriental attributes’, and Indians were advised to cultivate self-respect, independence of character, manliness and origin- ality of thought – qualities they were supposed to be wanting in. It is an extraordinary circumstance, however, that the possession of these very qualities is a serious handicap to those who have them; whilst servility and sycophancy, despised in theory, receive encouragement in practice. The effect of this cynicism is disas- trous on the national character of Hindus and Muslims.9 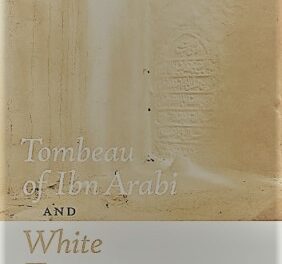 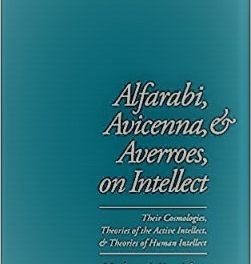 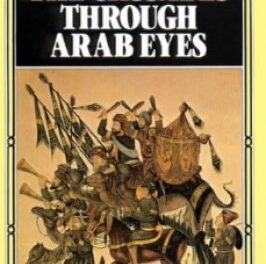 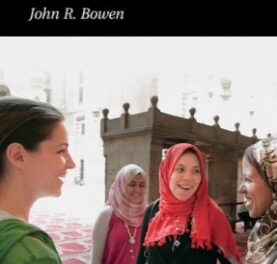