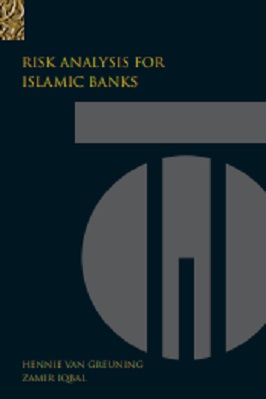 Principles and Development of Islamic Finance

Islamic finance is a rapidly growing part of the financial sector in the Indeed, it is not restricted to Islamic countries and is spreading there is a sizable Muslim community. More recently, it has caught the attention of conventional financial markets as well. According to some estimates, more than 250 financial institutions in over 45 countries practice some form of Islamic finance, and the industry has been growing at a rate of more than 15 percent annually for the past five years.

The market’s current annual turnover is estimated to be $350 billion, compared with a mere $5 billion in 1985.1 Since the emergence of Islamic banks in the early 1970s, considerable research has been conducted, focusing mainly on the viability, design, and operation of “deposit-accepting” financial institutions, which function primarily on the basis of profit- and loss- sharing partnerships rather than the payment or receipt of interest, a prohibited element in Islam.

Technological progress and deregulation have provided new opportunities, increasing competitive pressures among banks and non-banks alike. The growth in international financial markets and the proliferation of diverse financial instruments have provided large banks with wider access to funds. In the late 1980s, margins attained from the traditional business of banking diminished. Banks have Principles and Development of Islamic Finance

responded to these new challenges with vigor and imagination by forging ahead into new arenas. At the same time, markets have expanded, and opportunities to design new products and provide more services have arisen. While these changes have occurred more quickly in some countries than in others, banks everywhere are developing new instruments, products, services, and techniques. Traditional banking practice—based on the receipt of deposits and the granting of loans—is only one part of a typical bank’s business today and often the least profitable.

New information-based activities, such as trading in financial markets and generating income through fees, are now a major source of a bank’s profitability. Financial innovation has also led to the increased market orientation and marketability of bank assets, which entail the use of assets such as mortgages, automobile loans, and export credits as backing for marketable securities, a process known as securitization.

A prime motivation for innovation has been the introduction of prudential capital requirements, which has led to a variety of new financial instruments. Some instruments are technically very complicated and poorly understood except by market experts, while many others pose complex problems for the measurement, management, and control of risk. Moreover, profits associated with some of these instruments are high and, like the financial markets from which they are derived, are highly volatile and expose banks to new or higher degrees of risk.

These developments have increased the need for and complicated the function of risk measurement, management, and mitigation (control assessment).

The quality of corporate governance of banks has become a hot topic, and the approach to regulation and supervision has changed dramatically. Within an individual bank, the new banking environment and increased market volatility have necessitated an integrated approach to asset-liability and risk management.

At the same time, policy makers and regulators are taking serious steps to design an efficient corporate governance structure as well as a sound regulatory and supervisory framework to support development of a financial system conducive to Islamic principles.

This publication provides a comprehensive overview of topics related to the assessment, analysis, and management of various types of risks in the field of Islamic banking. It is an attempt to provide a high-level framework (aimed at non-specialist executives) attuned to the current realities of changing economies and Islamic financial markets. This approach empha- sizes the accountability of key players in the corporate governance process in relation to the management of Islamic financial risk.

The Islamic financial system is not limited to banking; it also covers capital formation, capital markets, and all types of financial intermediation and risk transfer. The term “Islamic financial system” is relatively new, appearing only in the mid-1980s. In fact, earlier references to commercial or mercantile activities conforming to Islamic principles were made under the umbrella of either “interest-free” or “Islamic” banking. However, interpreting the Islamic financial system simply as free of interest does not capture a true picture of the system as a whole. Undoubtedly, prohibiting the receipt and payment of interest is the nucleus of the system, but it is supported by other principles of Islamic doctrine advocating social justice, risk sharing, the rights and duties of individuals and society, property rights, and the sanctity of contracts.

An Islamic economic system is a rule-based system formulated by Islamic law, known as Shariah. The Shariah consists of constitutive and regulative rules according to which individual Muslims, and their collectivity, must conduct their affairs. The basic source of the law, in Islam, is the Qur’an, whose centrality in Islam and influence on the life of Muslims cannot be overemphasized. Its chapters constitute the tissues out of which the life of a Muslim is tailored, and its verses are the threads from which the essence of his or her soul is woven.

It includes all the necessary con- stitutive rules of the law as “guidance for mankind.” However, it contains many universal statements that need further explanation before they can become specific guides for human action. Hence, after the Qur’an, the Prophet Muhammad’s sayings and actions are the most important sources of the law and a fountainhead of Islamic life and thought.

The philosophical foundation of an Islamic financial system goes beyond the interaction of factors of production and economic behavior. Whereas the conventional financial system focuses primarily on the eco- nomic and financial aspects of transactions, the Islamic system places equal emphasis on the ethical, moral, social, and religious dimensions, which seek to enhance equality and fairness for the good of society as a whole.

The system can be fully appreciated only in the context of Islam’s teachings on the work ethic, distribution of wealth, social and economic justice, and role of the state. The Islamic financial system is founded on the absolute prohibition of the payment or receipt of any predetermined, guaranteed rate of return. This closes the door to the concept of interest and precludes the use of debt-based instruments.

Given an understanding of the role of institutions, rules, the law, and ideology of Islam, one can make the following propositions regarding the economic system:2