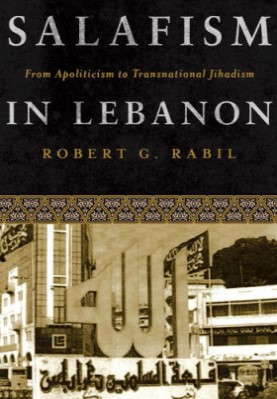 Salafism in Lebanon: From Apoliticism to Transnational Jihadism

The Creed, Ideolog and Manhaj (Methodology) of Salafism

A Historical and Contemporaneous Framework

This chapter traces and examines the emergence and development of Salafism as a Muslim school of thought. It emphasizes the historical, philosophical,

and ideological debates that raged in the Arab classical period as a result of Arab conquests and defeats and their implications for society and religion. This helped engender and define Salafism as a doctrine and a movement, harking back to the pristine purity of Islam as reflected in the application of the prophetic model by the companions of the Prophet and their followers.

It also investigates the emergence of the puritanical and revivalist Wahhabi religious movement, which transformed into a religio-political movement before becoming the religious authority and proponent of Wahhabi-Salafism in the Saudi state. At the same time, the chapter draws the background against which Salafism transformed into a multidimensional school of thought by surveying the ramifications of Arab and Muslim society’s ideological and political attempt at meeting the composite cultural, military, and political challenge posed by the West to Arab and Muslim society in the modern period.

The ramifications of meeting this challenge engendered ideological and political developments and dynamics whose interactions in Saudi society and universities fostered the creation of a hybrid Salafism.

This entailed determining the methodology (manhaj) of Salafism, or the way by which Salafists can implement their beliefs and call to Islam (da’wa), which inadvertently raised questions about engaging politics. Consequently, three schools of thought—quietest, activist, and Salafi-jihadi—were identified with Salafism, which reflected their responses to and positions toward politics and political authority.

READ  The Oxford Handbook of Islam and Politics pdf

Coterminous with this development, creedal principles dealing with how Muslims should practice their religion in relation to the pillars of Islam and the faith, to other Muslims, and to non-Muslims transformed into radical concepts expanding the theology of excommunication (takfir) and jihad.

The term Salafism (or Salafiyah) derives from the Arabic root word salaf, which means the past according to Qur’anic verses (al-Baqara: Surat 275, al-Nisa’: Surat 22, and Yunis: Surat 30). Since this term signified the past in Islam, it was religiously plausible to ascribe to the term a terminological foundation represented by the generation that established the religion of Islam and applied its manhaj (methodology).

This was the generation of the companions of the Prophet, who lived in the era in which the revelation was transmitted to Prophet Muhammad. These pious forefathers (al-salaf al-salih) represented the golden age of Islam, which made up the period of the four rightly guided caliphs (632–61).

Not only did they witness the rise of Islam, but they also applied the Prophetic model by walking in the footsteps of Prophet Muhammad as the correct way of life. Subse- quently those Muslims who were guided by and lived according to the prophetic model as practiced by the al-salaf al-salih became part of the salaf.1

As Islamic conquests expanded the authority of the Muslim state, first under the Umayyad Dynasty (661–750) and then under the Abbasid Dynasty (750– 1258), Salafism took a theological meaning by what came to be known as ahl al-Hadith (partisans of the tradition and sayings of Prophet Muhammad) during the Abbasid caliphate.

The forming and expansion of the Muslim state brought under its rule various peoples and cultures, which inadvertently affected the way by which the new Muslim state interacted and governed its subjects.

Broadly speaking, Persian and Greco-Roman cultures and traditions colored the govern- ing style of the Umayyads, who faced the challenge of not only establishing a state but also of ruling a vast, multiethnic, and multireligious empire.

This led them to political compromises that brought upon them the charge that they, unlike the righteous caliphs, pursued worldly self-interested policies instead of devoting themselves to the well-being of religion.2 Meanwhile, during the formative stage of the Muslim state, many fundamental questions revolving around God’s nature, relationship with mankind, and unity and justice that reflected upon the legitimacy of human authority confronted Muslim religious scholars, thinkers, and rulers alike.

This led to a systematic approach involving how to discover and consider these questions, which are implicit in the Qur’an. The belief that knowledge could be attained by human reason, which more or less shaped the intellectual life of the regions that came under Muslim rule, pro- vided the background against which “rationalist” schools of thought emerged to address those fundamental questions.

Chief among them was the Mu’tazili school, which was founded in the eighth century. The thinkers of this school believed that truth could be reached by using reason on what is given in the Qur’an.3  The ulema (Muslim religious scholars) frowned upon this “rationalist” approach that conflicted with their theological views.

Significantly, the expansion of the vocabulary and idiom of the Arabic language, the medium through which the divine revelation was transmitted, as a result of copious translation of Greek works, notably by Aristotle and Plato, into Arabic, only bolstered this approach. Promoted by some Arab rulers to meet the challenge of scientific progress and intellectual curiosity, partly to enhance their power and success, the expansion of the Arabic language underscored the relevance of philosophy, medicine, mathematics, and astronomy.

Reflecting on the indebtedness of Islamic philosophers to the Greeks, Richard Walzer remarked, “All of them [Islamic philosophers] agree that truth as obtained by philosophy transcends the borders of nations and religions, and that it in no way matters who was first to discover it.”4 This intellectual climate was reflected upon by the Islamic philosopher Ya’qub Ibn Ishaq al-Kindi (801–66).

We should not be ashamed to acknowledge truth and assimilate it from whatever source it comes to us, even if it is brought to us by former generations and foreign peoples. For him who seeks the truth there is nothing of higher value than truth itself.”5

Though they disagreed with this logic, the ulema were more concerned about the implication of using reason as a method of interpreting the Qur’an for the unity of Islam. They advanced the worth of maintaining the unity of “God’s people” over the yearning of reaching agreement on matters of doctrine. Fitna (strife) within the Muslim community had to be avoided. The Qur’an, for them, was the basis upon which faith and communal peace rested.

And in response to the intellectual climate that advanced reason, including the use of ra’y (opin- ion), qiyas (analogical reasoning), and ta’wil (metaphorical or allegorical inter- pretation) to explain the Qur’an, the ulema asserted that a return to the pristine purity of Islam of the righteous ancestors, or al-salaf al-salih, was paramount to salvage the Muslim community from the heretical intellectual vise of for- eign influences.6 This school of thought ushered in what Muhammad Amarah referred to as al-Salafiyah al-Nususiyah (Textual Salafiyah).7

At the forefront of religious scholars who led this school was Ahmad Ibn Hanbal (780–855). Ibn Hanbal, the eponym of the Hanbali madhab (school of jurisprudence), is alleged to be the first to use the term “Salaf” in expounding his theological stand. He stated:

It has been transmitted from more than one of our ancestors [salafina] that they said “the Qur’an is the speech of God and is uncreated,” and this is what I endorse. I do not engage in speculative theology and I hold that there is nothing to be said other than what is in God’s Book [Qur’an], the traditions of His messenger or those of his companions and their followers—may God have mercy on them. It is not praiseworthy to engage in theological discussion in matters not contained therein.8

By focusing on the texts of the Qur’an, Sunna, and hadiths (sayings) of the Prophet’s companions and their followers, this school consecrated the texts and made them the only canonical source, whose interpretation involved only a literalist reading. These texts contained God’s will that mankind should respond to by manifest action and inner faith.

The proponents of this school, countering what they considered the heretical stand of Islamic philosophers (see below), held firmly that “intellect is an instinct [ghariza], wisdom is recognition [fut- nah], and knowledge is revelation.”9 Correspondingly, Ibn Hanbal, partly to fend off heretical Greek influence over reading the texts and partly to define the met 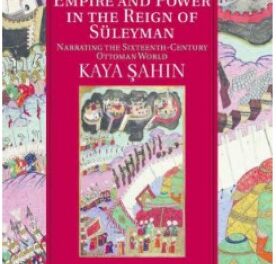 Empire and Power in the Reign of Suleyman 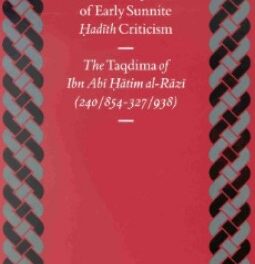 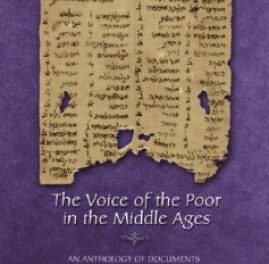 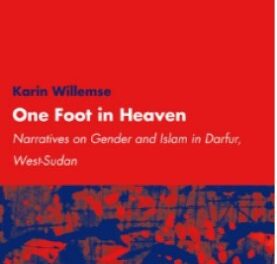