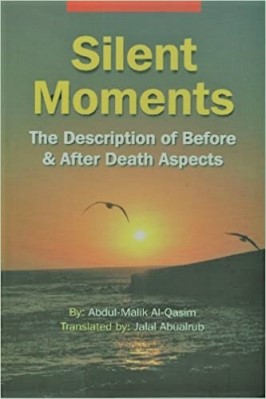 All the thanks are due to Allah, Who said:

“Know that the life of this world is only play and amusement, pomp and mutual boasting among you, and rivalry in respect of wealth and children.” (57:20)

And may Allah’s peace and blessings be on the most honorable Prophet and Messenger, Muhammad􀀘-

It is a fact that materialism, which has taken over the lives of so many people, played a major role in turning mankind away from thinking about their final destination and imminent end. Consequently, their religious resolve and strength have succumbed to various weaknesses and shortcomings, and ignoring the rights of Allah the Exalted and Ever-High, has become rampant.

Allah has allowed me the chance to read about tales of Zuhd((Modesty, living a simple life.)) and soft advice that scholars of the Muslim Ummah((Ummah means Muslim nation, followers of Prophet Muhammad􀀈)) collected in large volumes; some were in books exclusively on the subject of Zuhd, while much was mentioned in collections on various other subjects, such as biographies and life stories of Salaf and latter scholars. Therefore, it is somewhat difficult to benefit from these books, due to their being in large volumes, as well as, having few available copies in circulation.

Further, some of these books contain exaggerations and unduly elevate some of creation above their deserved status. Also, these books contain fake tales and superstitious accounts conveyed from the Sufis and other deviant sects. I collected stories about Zuhd from these books and referred them to original resources, so as to make it easy to verify these accounts and to help those who seek to learn more about this subject from these resources.

I chose a name for this series, that contains over twenty parts (on aspects of worship, dealings and mannerism), from a statement taken from Imam Ahmad bin Hanbal ; when the mannerism of those who have Wara’ (fear from Allah) was mentioned, “I ask Allah not to despise us! Where are we compared to these (righteous) people?”1

Moreover, I only mentioned the Zuhd of the Salaf, choosing unpopular tales in this regard, and there are ample tales and accounts from both types.

I assert that I, as compared to these righteous people, am duly