I. U Ṣ 0 L AL-FIQH: METHODOLOGY for RES EARCH AND KNOWLEDGE IN ISLAMIC JURISPRUDENCE I

2. THE ṢAHABAHWHO GAVE FATAWA DURING THE PROPHET ‘ S LIFETIME

3· LEGISLATION AFTER THE TIME OF THE ṢAHABAH 22

The research for this work originally formed part of the studies I undertook for Islamic jurisprudence for the doctoral program at Al-Azhar University in 1973. On the occasion of the Second International Conference on Islamic Thought, held in Islamabad, Pakistan in 1982 on the subject of the “Islamization ofKnowledge,” material from this thesis was presented in a revised form.

When the League of Muslim Youth expressed their desire to hold a course on U$iil al-Fiqh (Source Methodology in Islamic Jurisprudence), the material for this study formed one of the six subjects covered in the course. Then, as many of those who attended the course expressed a wish to obtain the lectures in printed form, and as the study was already being printed as one of the papers for the Islamabad Conference on the Islamization of Knowledge, which the Institute will soon publish•, insha’Allah, we decided to take this opportunity to present this part of the Conference material to both those who attended the course and to others who may wish to gain knowledge of this essential science of Shari<ah.

The science of U$iil al-:.fiqh is rightly considered to be the most important method of research ever devised by Islamic thought. Indeed, as the solid foundation upon which all the Islamic disci­plines are based, U$iil alfiqh not only benefited Islamic civilization but contributed to the intellectual enrichment of world civilization as a whole. It will not be out of place to note here that the methods of analogical reasoning developed within the framework of lslamic Jurisprudence constituted the methodological starting-point for the establishment and construction of empiricism, which in tum is considered to be the basis for contemporary civilization. We present this brief work to all those who are interested in gaining some knowledge of this science; and we ask Allah to help us benefit from what we learn, and to learn that which will benefit us, and to protect us from knowledge which is not beneficial, and from deeds that are not acceptable to Him. All praise and thanksgiving belong to Him, the Lord and Sustainer of all the worlds!

CHAPTER ONE  U$ul al-Fiqh: Methodology for Research and Knowledge in Islamic  Jurisprudence

The science of source methodology in Islamic Jurisprudence (u$iil al-jiqh) has been defined as the aggregate, considered per se, of legal proofs and evidence that, when studied properly, will lead either to a certain knowledge of a Shari’ah I ruling or to at least a reasonable assumption concerning the same; the manner by which such proofs are adduced, and the status of the adducer. 2

As its subject matter, this science deals with the proofs in the Shari’ah source texts, viewing them from the perspective of how, by means of ijtihad,3 legal judgements are derived from their particulars; though after, in cases where texts may appear mutually contradictory, preference has been established. 4

The science of U$iil al:fiqh engenders the ability to have knowledge of Shari ‘ah rulings through study, on the part of those qualified to perform ijtihad and who meet all its requirements, of the legal proofs revealed in the sources by the Lawgiver.

The benefit to be had from this science to those not qualified to perform ijtihad is that, through their study of the classical schools of legal thought (madhahib; sing. madhhab) of the mujtahidiin (those who practice ijtihad) and the reasoning behind their rulings, the student of source methodology in Islamic Jurisprudence is enabled to understand the various schools of thought, to analyze them, to choose from among their interpretations and assign preference, and to adduce legal arguments on the basis of the principles formulated by the classical mujtahidiin.

THE SCIENCES FROM WHICH USOL AL-FIQH DERIVED

The science of U$iil al:fiqh is in fact an independent and autono­mous field. It is, however, based upon certain fundamental predi­cations (muqaddamat), knowledge of which the Islamic legal scholar cannot do without. These predications have been derived from several other disciplines:

(a)          Some are derived from the science of Aristotelian logic which the philosopher-theologian writers (muttakallimiin) had become accustomed to discussing in the introductions to their works. These academic discussions dealt, for example, with the ways in which words convey meanings, the division of subjects into present and predicable, the need for, and varieties of, discourse depending on conceptual principles taken from interpretations and definitions, the validity of conclusions based on inductive reasoning, and discussions about the evidence and how it may be used to prove the claims of the one who is adducing it, or to refute contradictions, and so on.

(b)          Some are derived from ‘ilm al-kalam (scholastic theology), and include discussions of such questions as the nature of juris­diction, in the sense of whether it is the Shari’ah itself or reason which decides what is right or wrong; or whether one can have knowledge of right and wrong before the Revelation; or whether rendering thanks to the Creator is a duty derived from the Shari’ah or from human reasoning.

(c)           Some are general linguistic rules which the scholars of U$iil dev­eloped through linguistic research and presented in a crystallized form, such as research dealing with languages and their origins, the classification of words into metaphorical and literal, discuss­ions of etymology, synonymity, emphasis, generalization, spec­ification, the meanings of grammatical particles and so on.

(d)          Some are derived from the classical sciences of the Qur’an and the Sunnah, such as discussions concerning the transmission of Hadith5 by a single narrator (iihad), or by an impeccable plurality of narrators (tawiitur), the non-standard recitations of the Qur’an and the rules about them, the criteria for the acceptance (ta’df􀀁 or rejection (jarh) of narrators ofHadith, abrogation oflegislation (niisikh wa mansiikh)6, the condition of the text of a hadith and its chain of narrators, and so on.

(e)          Finally, the examples cited by the scholars of U$iil in illustration of their arguments are derived from the specifics of fiqh7, and from detailed evidence for the same as taken from the Qur’an and the Sunnah.

The issues with which the scholars of U$iil are primarily concerned include the following:

ORIGINS AND DEVELOPMENT OF U$0L AL-FIQH

It is difficult to attempt a study of U$i1l al-fiqh and its development without considering the history of fiqh, the practical precepts of the Sharicah that have been gleaned from detailed source evidence.

The lexical meaning of a$! (pl. U$i10 is foundation, or basis – that upon which something else is built. In the legal system of Islam, fiqh is built upon and stems from the bases U$i1l which constitute its source evidence. Hence, in order to understand the origins of U$i1l al-fiqh, we need to have a general idea of the history of Islamic legislation (tashr().

Establishing Shari’ah legislation, prescribing by law, laying down rules and regulations, and defining systems is a function which is specific to Allah (SWT)Y alone. Anyone who presumes to ascribe these functions to any other than Allah commits the sin of shirk, 10 as, in doing so, he/she has effectively contradicted the beliefin the “Unization” of Allah (tawhid) 11•

Allah has provided articulate proofs and clear source evidence in order that the believers should have no trouble in finding their way to the particulars of His legislation. With reference to some of this source evidence, the Ummah has agreed on its validity and its rele­vance to the ahkiim (legal rulings), and has accepted it as such. However, there are differences with regard to other kinds of source evidence.

I. The Qur’an: This may be defined as the words revealed to the Prophet, the recitation of which itself constitutes an act of wor­ship, the shortest surah 12 of which is a challenge to mankind to produce anything the like thereof, every letter of which has been transmitted to us via an indisputably authentic chain of authority (tawiitur), which is written between the two covers of the Qur’an beginning with Si’frat al-Fiitihah (the Opening Chapter) and ending with Surat al-Niis. (no.114).

2. The Sunnah: This includes everything, other than the Qur’an, which has been transmitted from the Prophet: what he said, did and agreed to. Thus, every utterance of the Prophet apart from the Qur’ an, and every deed, from the beginning of his mission to the last moment of his life, constitute his Sunnah, in the general sense of the word, whether these establish a ruling which is generally applicable to all members of the Ummah, or a ruling which applies only to the Prophet himself or some of his$ahiibah (Companions of the Prophet). Regardless to whether what the Prophet did was instinctive or otherwise, his every word, deed, and approval and disapproval of the deeds or words of others may be taken as the basis for evidence in a legal ruling. This is so regardless of whether his utterances or actions related to matters of faith or practice, or whether they were concerned with commanding or recommending, prohibiting, disapprovÂ­ing, or allowing; and regardless of whether his word or action was based on a ruling previously revealed in the Qur’an, or whether it served independently to establish legislation.

During the lifetime of the Prophet, all the legal rulings (ahkiim) 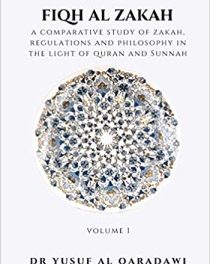 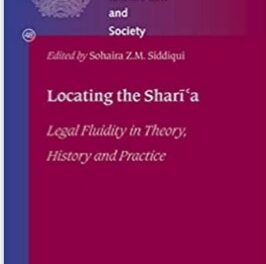 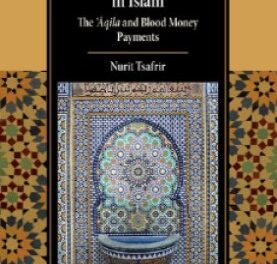