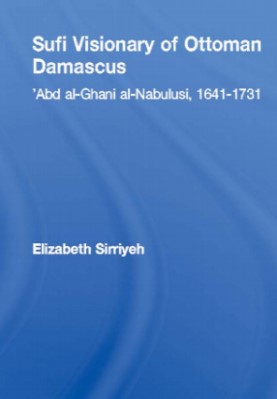 About the book – SUFI VISIONARY OF OTTOMAN DAMASCUS

¿Abd al-GhanÎ al-NÁbulusÎ (1641–1731)was the most distinguished Sufi visionary and scholar of Ottoman Syria. Many contemporaries and later Sufis gained their knowledge of Sufism from his writings. Many studied the works of the Andalusian mystic Ibn ¿ArabÎ, the Egyptian poet Ibn al-FÁriÅ and other masters through his mystical interpretations.

Yet, despite NÁbulusÎ’s importance for understand-ing Arab Sufism in the Ottoman age, very little has been published on this significant Sufi author.

This pioneering book seeks to intro-duce the reader to NÁbulusÎ’s Sufi experience and work, set against the background of Islamic life and thought in seventeenth- and eighteenth-century Syria and Palestine.

The book opens with an exploration of NÁbulusÎ’s early life as scholar and Sufi saint in the making, earning enemies by his support for Ibn ¿ArabÎ and more controversial medieval mystics.

His debt to Ibn ¿ArabÎ is examined further in a study of one of NÁbulusÎ’s books on Sufi doctrine, written at the age of 33 years. In his forties NÁbulusÎ underwent a time of intense visions, especially during a seven-year period of retreat. This time also saw the production of NÁbulusÎ’s popular book of dream interpretation.

Following discus-sion of his personal visionary experience and writing on dreams, further chapters deal with the journeys of his later middle age in Syria, Palestine, Egypt and the ÊijÁz. These chapters emphasise the mystical content of his travel writings, including his interest in the significance of ecstatics’ visions and visits to holy tombs.

Elizabeth Sirriyeh is Senior Lecturer in Islamic Studies in the School of Theology and Religious Studies, University of Leeds. She is the author of Sufis and Anti-Sufis: The Defence, Rethinking and Rejec-tion of Sufism in the Modern World (1999).

Ottoman Damascus might be a provincial Arab city, but its population, both permanent and transitory, was markedly cosmopolitan. The increase in ethnic diversity between the sixteenth and eighteenth centuries owed much to the growing importance of Damascus as an assembly point for pilgrims gathering to join the annual caravan setting out for the Meccan pilgrimage. Although it still could not compete in scale with the caravan from Cairo, the Damascene Ëajj caravan assumed a vital strategic role for Ottoman planners, comparable, as Karl Barbir notes, to ‘the route to India in the minds of British imperial planners in the nineteenth and twentieth centuries’.1

The route through Syria provided the essential link between Istanbul and the Holy Cities of Arabia. It was the route of choice for members of the sultan’s family and senior Ottoman officials travelling for Ëajj, and was also necessary to trading communications in the region.

Hence, the sultans expended considerable efforts on the organisation of the caravan and protection of pilgrims. In the late seventeenth century (from 1672 onwards), more Turkish officials, including some governors of Damascus, were appointed to the post of ‘commander of the pilgrimage’ (amÎr al-Ëajj), and fewer local notables are recorded as holders of this prestigious office.2

Thousands of pilgrims passed through Damascus, although exact numbers are notoriously unreliable. Estimates vary from about 15,000 to 40,000 in exceptional years.3 In addition to those from elsewhere in Syria, especially Aleppo, there were many Turks and eastern Europeans and a smaller number of Persians and central Asians from beyond the Ottoman borders. While they would stay for differing periods of time in the city, those from further afield would often seek to arrive well ahead of the caravan’s expected 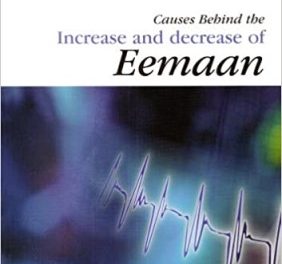 Causes Behind the Increase and Decrease of Eemaan 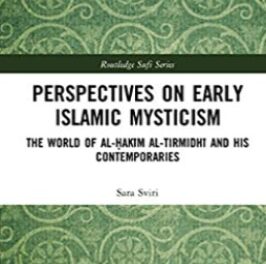