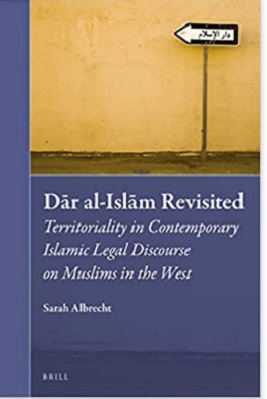 No matter how diverse the conceptions of territory endorsed by a wide range of ʿulamaʾ, intellectuals, and activists may be, the previous chapters have shown that the idea of framing the world in terms of religiously defined territories remains an important element in the Islamic discourse on Muslims in the West.

Irrespective of how and where they draw the boundaries of  dār al-islām and other territorial categories, representatives of the most  diverse trends in contemporary Islamic thought give particular weight to the  territorial question in their approaches to Muslim life and Islamic normativity in Western societies. Al-ʿAlwānī, for instance, describes it as one of the “crucial questions” to be addressed in the discourse on Muslims in North America.1

Ramadan similarly calls it “a thorny problem” in contemporary Islamic legal discourse.2 Auda ascribes to it “a strong impact on the ‘contextualization’ of Muslims in the west.”3 And al-Qaraḍāwī, when legitimizing his concept of a fiqh for Muslims in minority contexts, emphasizes that there is no greater dif-ference between two places than “between dār al-islām and what lies outside of it.”4 Critics of minority fiqh, such as Asif Khan, similarly emphasize the importance of the underlying conception of territories by exposing it as one of the key points of contention.5

Besides that, the fact that the territorial sta-tus of Western countries has been discussed at various conferences hosted by  Islamic organizations since the beginning of the legal discourse on Muslims in the West indicates that it is not only of concern to individual fuqahāʾ, but also a matter of debate in scholarly and activists’ circles.6

worth discussing on prime time tv, when the producer of the popular religious talk show “Shariʿa and Life” (al-Sharīʿa wa-l-ḥayāt), broadcast by the Arabic sat-ellite channel al-Jazeera, decided in April 2010 to dedicate a whole session to the topic of “Islamic Legal Scholars and the Division of the World” (al-Fuqahāʾ wa-taqsīm al-ʿālam).9

In view of the significance ascribed to geo-religious boundaries in current Islamic discourse the question arises of how the diverse conceptualizations of territoriality endorsed by Muslim scholars, intellectuals, and activists are reflected in, and impact on, their Islamic legal approaches to Muslims in the West. In other words, why and how do territorial classifications matter at all in the world of the 21st century? What difference does it make if the West is located inside dār al-islām or outside it?

In order to make sense of the implica-tions territorial concepts have for the discourse on Muslims in the West, Part 3 of this study considers key questions in which territoriality plays a crucial role. First, Chapter 8 explores normative debates about whether Muslims may live permanently in Western countries, whether they have to abide by the law in force in those countries and how to interpret Islamic norms in that context. Finally, Chapter 9 looks at how the various conceptualizations of territory im-pact on the legitimization of religious authority and on identity construction in the ongoing discourse on Muslims in the West.

Territoriality, Residence, and Legal Interpretation in the West

When Muslim scholars started in the late 1980s to engage more intensively in debates about how to interpret Islamic norms for Muslims living in Western Europe, the question of the legitimacy of residence in the West was one of the fundamental issues, if not the core issue, to tackle.

Are Muslims allowed to live in countries ruled and primarily inhabited by non-Muslims? Is it permitted according to the shariʿa to stay permanently in a country considered by some as a “territory of unbelief” (dār al-kufr), and by others as a “territory of treaty” (dār al-ʿahd)? In order to establish their legal approaches to Muslims in the West, scholars such as al-Qaraḍāwī and al-ʿAlwānī first had to prove that there was no doubt that residence in Western, predominantly non-Muslim countries was permissible from an Islamic legal perspective. This challenge may, in fact, be seen as the starting point of the debates on minority fiqh and as the catalyst that triggered current discussions about the reconceptualization of the tradi-tional dār al-islām/dār al-ḥarb binary.1

As the historical overview in Part 1 of this study has demonstrated, this cor-relation is not a novum, for debates about territoriality have always been in-trinsically linked to questions related to residence and to the interpretation of the shariʿa in lands under non-Muslim jurisdictions. Although the present-day debate was sparked by an unprecedented demographic and geo-political situation – i.e., the presence of millions of Muslims in Western countries –, it needs to be kept in mind that these questions have been renegotiated and redefined throughout Islamic history.

Just as fuqahāʾ have always disagreed on the conditions that are to be applied for Muslims to be permitted to live in non-Muslim jurisdictions and on the extent to which they remain bound by the shariʿa, Muslim scholars, intellectuals, and activists today continue to hold diverse views on these questions.

In order to shed light on the plurality of views endorsed by contemporary thinkers and to explore how they are linked to their notions of territoriality, this chapter asks three core questions: (1) How do they legitimize, or delegitimize, permanent residence in Western countries, and to what extent do they jus-tify their positions by reference to historical experiences of migration (hijra)? (2) Are Muslims who live in the West obliged to abide by non-Muslims laws?

Do the authors reach different conclusions, depending on whether they regard the West as dār al-kufr, dār al-ʿahd, or dār al-islām? (3) How do their territorial views manifest themselves in their interpretation of the shariʿa for Muslims in the West, and what role do they play with regard to their justification, or their criticism, of minority fiqh? And how far are the theoretically construed boundaries between dār al-islām and other territories actually maintained – or maybe blurred – when applied in practice, i.e., in iftāʾ?

Legitimacy of Residence in Non-Muslim Countries

Just as the legitimacy for Muslims of residence in particular places has, since the early days of Islam, been debated on the basis of whether a land was con-sidered dār al-islām, or a contractual partner of Muslim rulers (dār al-ʿahd), or enemy territory (dār al-ḥarb or dār al-kufr), territorial concepts continue to play an important role in how contemporary Muslim scholars, intelectuals, and activists answer the question of whether Muslims may live permanently in Western countries.2

The West as a Legitimate Abode

While acknowledging that pre-modern scholars differed significantly with regard to the legitimacy of living under non-Muslim rule,3 the vast major-ity of authors engaged in the discourse on Muslims in non-Muslim majority countries consider permanent residence in the West to be legitimate or even  desirable – irrespective of whether they conceptualize them as inside or out-side of dār al-islām, as “non-Islamic territory” (ghayr dār al-islām), or as a “territory of treaty” (dār al-ʿahd), or whether they discard such classifications altogether.

Given that many advocates of this view (including al-ʿAlwānī, Auda, Mawlawī, Oubrou, Ramadan, and Abdul Rauf) themselves live or have lived in Europe or North America, it is hardly surprising that they take this position. The striking difference, however, between those, like al-ʿAlwānī, who suggest that the West may be considered as part of dār al-islām and those who locate it outside of dār al-islām, is that the former hardly see the need to legitimize residence or even citizenship there, but rather underline the benefits of life in the West, while those, like al-Qaraḍāwī, who consider Western countries “non-Islamic territory” elaborate in far more detail on the legitimacy of both residence (iqāma) and naturalization (tajannus), i.e., of accepting citizenship of a non-Muslim state.

In order to justify the permissibility of residence in the West, all of them follow a rather pragmatic approach, suggesting that the demographic realities of the late 20th/early 21st century would not support any other conclusion. In Bin Bayyah words:

There are some 20 or 30 million Muslims living in Europe – where shall they go? What is the benefit of their return to Islamic lands? The world today is interconnected, you find the same films in cinemas and the same plays in theaters everywhere. Everything that exists in these lands can also be found in Islamic lands. We must face the reality that lies in front of us and cope with it.4

Implying that even if there were a reason to argue that Muslims should migrate to “Islamic lands,” such a proposal would, in Bin Bayyah’s view, be utterly unrealistic considering realities on the ground. Moreover, in his appeal to face up to the fact that differences between Muslim and non-Muslim lands have, in a way, become less stark as a result of globalization, he calls to mind an issue that has also been raised by other scholars, such as al-Qaraḍāwī and Mawlawī: while striving to maintain a strict distinction between what lies inside dār  al-islām and what lies outside, they acknowledge that in some respects – including the (non-)application of Islamic law – Muslim majority countries are, in their opinion, not necessarily more “Islamic” than Western countries.5

Moreover, they justify their view on residence outside of dār al-islām by rea-son of the changed geo-political situation and Muslim/non-Muslim  relations. 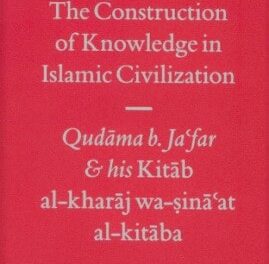 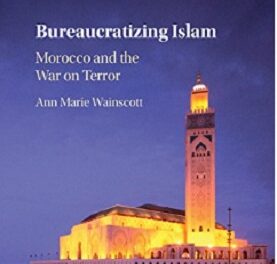 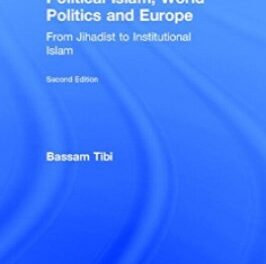 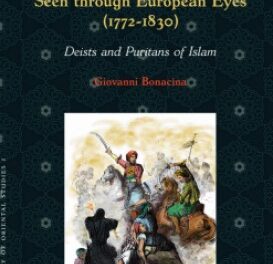