The Abbasid and Carolingian Empires pdf 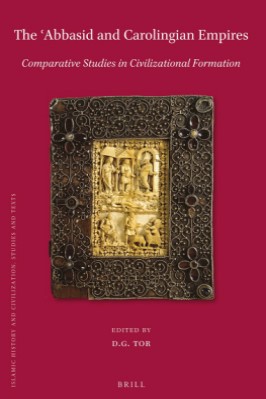 The ʿAbbasid and Carolingian Empires: Comparative Studies in Civilizational Formation

The ʿAbbasid and Carolingian Dynasties in Comparative Perspective

The period from the mid-eighth into the tenth centuries witnessed what one can arguably call the founding of both Western Christian and Islamic civiliza-tion. That is, while the religious core of both Christianity and Islam were obvi-ously formed prior to these respective dynasties (in the case of Christianity, centuries before), under their aegis something fundamentally new, or so trans-formed as to be new, came into being.

Carolingian and post-Carolingian Latin Christianity, and the civilization it produced, is radically different, not only from Roman or Byzantine Christianity, but also from Merovingian Christianity and culture, and also witnessed a much deeper Christianization of society.1

On the Islamic side, the ʿAbbasid period produced normative classical Islamic civilization; there are no extant literary works from the Umayyad  period – let alone before then – by which to judge the state of Islam or the civilization that was to be built around the religion after the original wave of the Islamic Conquests ended and cultural amalgamation and elaboration took place under ʿAbbasid aegis.2

And, whatever Islamic culture may have been tak-ing shape in Umayyad times, it, too, was fundamentally transformed by both the massive influx of non-Arabs and the heavy influence of Persian norms and practices in all areas of Islamic civilization during the ʿAbbasid era.3

In both civilizations, the Carolingian Latin Christian and the ʿAbbasid Islamic, the ruling dynasties of this epoch presided over – and in many cases facilitated – such formative events as the whole-scale societal conversion to, and definition of, a new religion;4 the delineating of a cultural foundation that has lasted into modern times;5 and a vigorous and aggressive physical  expansion.6

In fact, the similarities and parallels between the two civilizations and their dynasties – Carolingian Latin Christendom7 and the ʿAbbasid Islamic World – are myriad: they include the most disparate areas, ranging from the chronology of the dynasty’s rise and political decay, to the troubled relations and power struggles between the quasi-sacerdotal dynastic leader and the reli-gious clerics; to the role of women in public life and the development of trade and a market culture; to the flowering of a new literature; and the struggles of the respective societies to cope with ethnically heterogeneous populations and influxes of migration and invaders.

Of even greater significance, however, than the individual parallels in spe-cific areas is the greater parallel in the overall seminal role that these eras played in forming the enduring religious, cultural, and societal institutions of the two worlds: the outlines of the civilizations delineated at that time largely endured, not only throughout the Middle Ages, but at least in some respects, to the present day, and for centuries constituted the cynosure and paradigm of rulership, to the point where, for instance, statues glorifying the memory of Charlemagne were still being built in twentieth-century Europe, from Germany to Brussels to France.

Furthermore, to a far greater degree than is the case with most ruling dynasties in history, the Carolingians and the ʿAbbasids presided over, shaped, or strongly influenced the trends of their own time in virtually all fields of cultural, religious, and political life; hence the longevity of their memory and prestige (and, in the case of the ʿAbbasids, an over 500-year long caliphate).

It was this parallel, synchronous historical role that gave rise to the pres-ent volume – the first conscious effort of its kind to engage in focused, com-parative, specifically Carolingian and ʿAbbasid history.8 By breaking down the disciplinary barriers and bringing together the foremost authorities on the formative eras of both Western and Islamic society, the scholars involved in this project hoped to cast light on some of the most enduring institutions –  political, religious, social, and cultural – of both those societies.

We were also well aware of the many pitfalls and dangers associated with such an attempt to engage in historical comparison, especially cross-cultural and cross-civilizational ones; these are well-known, and have been expound-ed by some of the greatest historians, including Pirenne and Bloch, who were both also impassioned advocates for such an enterprise – although Bloch had far fewer reservations regarding “parallel comparison” of neighboring, contem-poraneous societies than he did with respect to the “cross-comparison” of civi-lizations widely separated in time and space.9

The greatest obstacle, of course, to engaging in cross-civilizational comparison is that the farther removed the respective civilizations being studied are from one another (linguistically,  religiously, and culturally), the more difficult it is for any given individual to have mastered both fields.10

In light of the known methodological pitfalls, it was deemed that the most intellectually rigorous and fruitful way to approach such a comparative endeavour was not by asking masters of their respective fields suddenly to acquire an equally profound expertise in an alien subject and languages, but rather by our adopting a thematic approach and opening a dialogue among the various scholars, who could convey their insights and findings to their counter-parts working on similar issues in the other civilization – as it were, pooling the collective expertise.

READ  Method and Theory in the Study of Islamic Origins

It is this volume’s premise that prompting Carolingianists and ʿAbbasidists to look at a contemporaneous and in many ways parallel civilization will deepen scholars’ understanding of their own subject of study, by helping to elucidate not only the very real similarities and commonalities  between the two, but also the equally real differences and the source of those differences.

Thus, for instance, regarding the first of the three themes with which this book deals, political power or rulership and lordship, it should be noted that the elaboration of kingship as it occurred in Western Europe and in the Islamic world differed radically:

Whereas Charlemagne and his successors, especially Louis the Pious, formulated an ideal of Christian Kingship which lasted until the end of monarchical power in Europe,11 the ʿAbbasids, in contrast, began with a theological conception of kingship,12 but after losing their claim to re-ligious leadership to the Sunni clerics,13 they and the dynasties which held power under them ended up moving in the direction of Persian kingship on the Sasanian model.14 These respective trends led, in the Islamic world, to an ongoing crisis of political legitimacy; and, in Europe, to “kingship by the grace of God”.15

Similarly, there is much to be gleaned from a comparative treatment of the themes introduced in the second section of this volume: culture, ethnicity, and geography. To deal with the last two first: the Carolingian and ʿAbbasid dynasties ruled over enormous territorial expanses that contained a pleth-ora of highly diverse ethnic and cultural groups.

This posed rather obvious  challenges in terms of cohesiveness and cultural clashes. However, there was also an elite court culture in both empires, one that was vital both to the foster-ing of cultural unity, the blending of various customs and practices inherited from the disparate populations, and also to the production of many of the out-standing cultural achievements of the period.

The court also served as the focal point of political life in the heyday of both the Carolingian and the ʿAbbasid dynasties, and both civilizations witnessed great power struggles at the court. In many cases, these conflicts involved simi-lar groups – for example, the aristocracy, and court women. The tones of these courts, however, were very different, as was the scale of them (the ʿAbbasid court was far grander and more grandiose), and this was also reflected in the intellectual life that transpired there.

Charlemagne took a very active role in the religious works being composed at the time – for instance, the so-called Libri Carolini or Opus Caroli, which was actually composed by one of his  bishops (with some auxiliary assistance from other prelates) at his initiative and under his auspices;16 Carolingian intellectual life was suffused with and permeated by heavy religiosity and devotion.

The ʿAbbasids in this respect provide a strong contrast to the Carolingian ex-ample; much of the writing they encouraged at their courts was, for example, of the love- and drinking-poetry variety. The intellectual climate overall was far more worldly and sophisticated; although important religious works were being composed at the time, this was most emphatically not being done at the ʿAbbasid court.17 On the other hand, both of these societies similarly featured a cosmopolitan court, whose members were drawn from all over Europe and the Islamic world respectively.

The final theme treated in this volume is religion, which is perhaps the sin-gle area in which the Carolingian and ʿAbbasid eras were most seminal for the civilizations that grew out of them. These eras witnessed the defining – and in some instances, the founding – of those religious institutions which in many cases lasted until the modern era and played a major role in the ensuing 1200 years of history;

for example, on the Islamic side, Sunnism and the madhhab; and, on the Latin Christian side, the deep Christianization – and particularist Roman Christianization – of society, including its reorganization within the parochial structure, a new relationship between the Frankish kings and the pa-pacy, and the propagation of the Benedictine Rule throughout the Latin West.18

Obviously, the themes treated in this work constitute only a sampling of some of the myriad possible subjects awaiting comparative intellectual inquiry, nor have even these selected themes been exhausted by the offerings con-tained in this volume; but one must necessarily begin somewhere, and these were three of the most fundamental and important ones upon which to begin working.

In conclusion, this volume is meant not as the final word on the sub-ject of comparative ʿAbbasid-Carolingian history, but as the first; we hope that a long and fruitful dialogue between the two fields will ensue….. 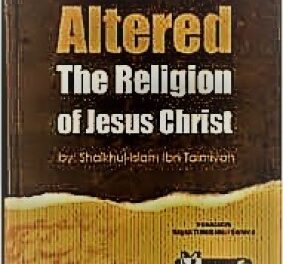 Answering those who altered the religion of Jesus Christ 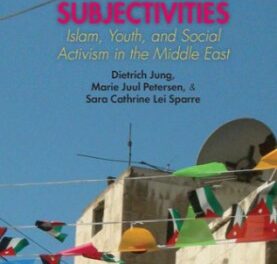 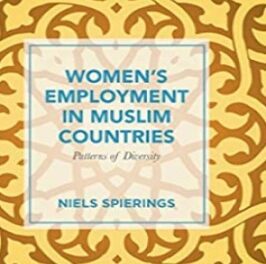 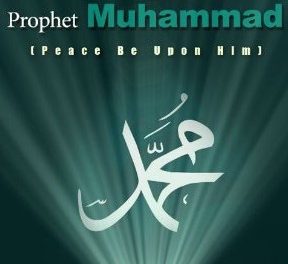