The Bible the Quran and Science pdf downoad

Foreword of the THE BIBLE THE QURAN AND SCIENCE book

THE BIBLE THE QURAN AND SCIENCE

In his objective study of the texts, Maurice Bucaille clears away many preconceived ideas about the Old Testament, the Gospels and the Qur’an. He tries, in this collection of Writings, to separate what belongs to Revelation from what is the product of error or human interpretation. His study sheds new light on the Holy Scriptures.

At the end of a gripping account, he places the Believer before a point of cardinal importance: the continuity of a Revelation emanating from the same God, with modes of expression that differ in the course of time. It leads us to meditate upon those factors which, in our day, should spiritually unite rather than divide-Jews, Christians and Muslims.

I As a surgeon, Maurice Bucaille has often been in a situation where he was able to examine not only people’s bodies, but their souls. This is how he was struck by the existence of Muslim piety and by aspects of Islam which remain unknown to the vast majority of non-Muslims. In his search for explanations which are otherwise difficult to obtain, he learnt Arabic and studied the Qur’an. In it, he was surprised to find statements on natural phenomena whose meaning can only be understood through modern scientific knowledge.

He then turned to the question of the authenticity of the writings that constitute the Holy Scriptures of the monotheistic religions. Finally, in the case of the Bible, he proceeded to a confrontation between these writings and scientific data. The results of his research into the Judeo-Christian Revelation and the Qur’an are set out in this book.

The Bible, The Qur’an and Science

Introduction from – THE BIBLE THE QURAN AND SCIENCE

Each of the three monotheistic religions possess its own collection of Scriptures. For the faithful-be they Jews, Christians or Muslims-these documents constitute the foundation of their belief.

For them they are the material transcription of a divine Revelation; directly, as in the case of Abraham and Moses, who received the commandments from God Himself, or indirectly,

as in the case of Jesus and Muhammad, the first of whom stated that he was speaking in the name of the Father, and the second of whom transmitted to men the Revelation imparted to him by Archangel Gabriel. E

we must place the Old Testament

If we take into consideration the objective facts of religious history, we must place the Old Testament, the Gospels and the Qur’an on the same level as being collections of written Revelation.

Although this attitude is in principle held by Muslims, the faithful in the West under the predominantly Judeo-Christian influence refuse to ascribe to the Qur’an the character of a book of Revelation.

Such an attitude may be explained by the position each religious community adopts towards the other two with regard to the Scriptures.

Judaism has as its holy book the Hebraic Bible. This differs from the Old Testament of the Christians in that the latter have included several books which did not exist in Hebrew.

In practice, this divergence hardly makes any difference to the doctrine. Judaism does not however admit any revelation subsequent to its own.

Christianity has taken the Hebraic Bible for itself and added a few supplements to it. It has not however accepted all the published writings destined to make known to men the Mission of Jesus. The Church has made incisive cuts in the profusion of books relating the life and teachings of Jesus.

It has only preserved a limited number of writings in the New Testament, the most important of which are the four Canonic Gospels. Christianity takes no account of any revelation subsequent to Jesus and his Apostles. It therefore rules out the Qur’an.

The Qur’anic Revelation appeared six centuries after Jesus. It resumes numerous data found in the Hebraic Bible and the Gospels since it quotes very frequently from the ‘Torah'[1] and the ‘Gospels.’ The Qur’an directs all Muslims to believe in the Scriptures that precede it (Sura 4, verse 136).

It stresses the important position occupied in the Revelation by God’s emissaries, such as Noah, Abraham, Moses, the Prophets and Jesus, to whom they allocate a special position.

His birth is described in the Qur’an, and likewise in the Gospels, as a supernatural event. Mary is also given a special place, as indicated by the fact that Sura 19 bears her name.

The above facts concerning Islam are not generally known in the West. This is hardly surprising, when we consider the way so many generations in the West were instructed in the religious problems facing humanity and the ignorance in which they were kept about anything related to Islam.

The use of such terms as ‘Mohammedan religion’ and ‘Mohammedans’ has been instrumental -even to the present day- in maintaining the false notion that beliefs were involved that were spread by the work of man among which God (in the Christian sense) had no place.

Many cultivated people today are interested in the philosophical, social and political aspects of Islam, but they do not pause to inquire about the Islamic Revelation itself, as indeed they should.

In what contempt the Muslims are held by certain Christian circles!

I experienced this when I tried to start an exchange of ideas arising from a comparative analysis of Biblical and Qur’anic stories on the same theme. I noted a systematic refusal, even for the purposes of simple reflection, to take any account of what the Qur’an had to say on the subject in hand. It is as if a quote from the Qur’an were a reference to the Devil!

A noticeable change seems however to be under way these days at the highest levels of the Christian world. The Office for Non-Christian Affairs at the Vatican has produced a document result.

from the Second Vatican Council under the French title Orientations pour un dialogue entre Chrétiens et Musulmans [2] (Orientations for a Dialogue between Christians and Muslims), third French edition dated 1970, which bears witness to the profound change in official attitude.

Once the document has invited the reader to clear away the “out-dated image, inherited from the past, or distorted by prejudice and slander” that Christians have of Islam, the Vatican document proceeds to “recognize the past injustice towards the Muslims for which the West, with its Christian education, is to blame”.

It also criticizes the misconceptions Christians

It also criticizes the misconceptions Christians have been under concerning Muslim fatalism, Islamic legalism, fanaticism, etc. It stresses belief in unity of God and reminds us how surprised the audience was at the Muslim University of Al Azhar, Cairo, when Cardinal Koenig proclaimed this unity at the Great Mosque during an official conference in March, 1969.

It reminds us also that the Vatican Office in 1967 invited Christians to offer their best wishes to Muslims at the end of the Fast of Ramadan with “genuine religious worth”.

Such preliminary steps towards a closer relationship between the Roman Catholic Curia and Islam have been followed by various manifestations and consolidated by encounters between the two.

There has been, however, little publicity accorded to events of such great importance in the western world, where they took place and where there are ample means of communication in the form of press, radio and television.

The newspapers gave little coverage to the official visit of Cardinal Pignedoli, the President of the Vatican Office of Non-Christian Affairs, on 24th April, 1974, to King Faisal of Saudi Arabia. The French newspaper Le Monde on 25th April, 1974, dealt with it in a few lines. What momentous news they contain, however, when we read how the Cardinal conveyed to the Sovereign a message from Pope Paul VI expressing “the regards of His Holiness, moved by a profound belief in the unification of Islamic and Christian worlds in the worship of a single God, to His Majesty King Faisal as supreme head of the Islamic world”. 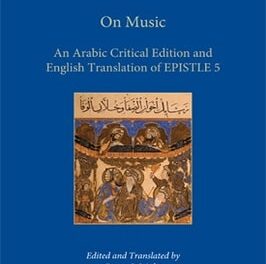 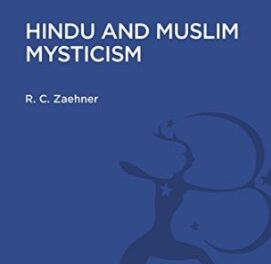 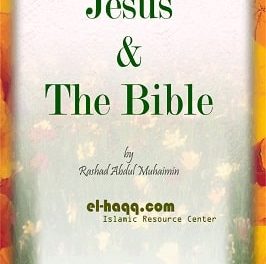 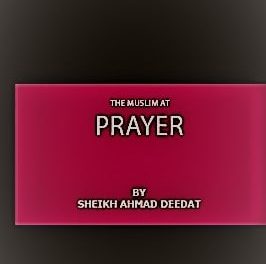 The Muslim at Prayer- In Comparison to the Bible pdf