I testify there is no God but Allah,he has no partners and dependents. Verily Allah exist without a place. He is in need of none. And I testify that our lord and Master Muhammad(Peace Be Upon Him) is his slave and seal of the Prophets. AmmaBa’du.

This work is the introduction to the fiqh of Imam Muhammad b. Idris Ash Shafi’i. This text is widely studiedAll over darulooms worldwide. As a Mu’alim,

I have taught this book as well as learned it but I noticed thatShafi’i students have more questions relating this material. The matn itself is a mere introduction, teachingwhat the bare obligations are in worship.

As a student and teacher, I have decided to add explanation to the book, not as the purpose of   scholarly work; but as a help guide to the students and teachers who desire it.

The text was written by Shaykh Ahmed Zayn Al-Habshi(Raheemahullah).His full name was Ahmed IbnZayn Al-HabshiNaf’anAllahubih born 1069 H. He was raised up in the Alawiyya surroundings in ḤaḤramawt.He traces his linage back to Al Mustafa, the best of creationMuhammed(Peace Be Upon Him). As a youth he studied Qur’an and other sciences from ulema in his surroundings.

He attached himself to Gnosis which is typical amongst the Shafi’is.Shafi’i(Raheemahullah) once said: “Be both a fiqhi and A Sufi…not one of the two”. He had many teachers two to mention was the great Imam Haddad(Raheemahullah) and Imam As- Sayyid Ahmed b. Umar Al Hindwan who gave him prediction that he would be great one day while they were at the Tomb Of Prophet Hud(AS).

He studied so much knowledge that by the Age of 70, he had completely became unsatisfied    with the world and it’s inhabits. He had no other desire for anything but knowledge. He had a saying “I read 100 books, and were these books to be destroyed, I would reproduce them from   my heart.

He attached himself to the fiqh of Muhammed b. Idris Al Shafi’i. He also studied  deeply the healing of medicine. He wrote many books but one to mention is “Shar-al- ‘Ayniyya which is named “AnNafahatu-as-sirriyahwanafahat al-amiriyyah.AlsoQasid of Imam Haddad. As a Sufi, he attached himself to poetry. His most widely admired book is “As-safinah al-Jami’ah, a 20 vol. book.

He attached himself to Zuhud(renouncing the worldly attachments). His adab spoke for him as he was very humble. He was even friends with his students. He reached the Maqaam of Siddiqyya on the testimony of his Shaykh Al-Haddad(Raheemahullah). He passed in the year 1145 H. His son, Ja’afar b. Ahmed continued in his path it was known as “Al TariqatulAlawiyya” whom today still exist.

In the name of Allah, the Beneficent, the Merciful

To proceed, these are issues summarized mainly from some of the books of the Proof of Islam, Ghazali. Whoever knows them and acts upon them, we hope from Allah that he  be of the people of knowledge, outwardly and inwardly. And through Allah is success.

This is how a madhab spreads. One will study issues of the pervious scholars and summarize it in later works. And scholars will come and comment on those previously written. It is not for a   mere scholar or student to do, but one that has studied a great level in fiqh and has been blessed with the understanding.

Allah’s Messenger (Allah Favor and Salute Him) 1.3 The Afterworld and Interworld 1.4

1.1 The pillars of Islam are five:

(5)and performing the pilgrimage to the House for whoever can find a way there.[1] [All those are to be fulfilled] with sincerity and conviction. Whoever is not sincere is a hypocrite; and whoever has no conviction in his heart is a disbeliever.[2]

The Foundation of Faith

like,[3] or peer. There is none whatsoever like Him, and He is the Hearer, the Seer. He created the heavens and the earth[4]. He created death and life, obedience and disobedience, health and sickness, and the entire universe and everything in it. He created all creatures and their actions. He determined their provisions and their lifespans: they can be no more and no less. No event occurs except by His destining, decree, and will.

He (how high is He!) is living, knowing, willing, able, speaking, hearing, and  seeing.[5] He knows all treacherous glances and what all hearts conceal. He knows the secret and the yet more hidden. He is creator of everything, and He is the One, the Overpowering.

The Bridge is over the Hell fire, which the unbeliever’s feet will slip of it and into the hellfire.While the believers will pass over it fast. The balance is the scale that on which deeds  will be placed, there will be a light side, and an ugly dark side on this scale and the deeds will be weighed. Reliance Of The Traveler, Nuh Min Keller’s Translation pg822-823. The afterworld is the after life and the interworld is the place between

him) came with is true.

entire body with the intention of lifting sex-related impurity.[10]

if one’s child, even if dead;

and the meeting of the skins of a man and a woman that are grown and Marriageable, without a barrier, unless nail, hair, tooth, or severed part.[13]

“ow lamastumu nisa’i”. The word “lamastumu” literally means to touch. So Shafi’i ruled this  to be a wuduinvalidator as well because lamastumu is to touch and it is done by using the hand.(See Umm). Shafi’i was a master of the Arabic language. In the Hanafi and Maliki schools there is difference of opinion. Hanafi one is allowed and in Maliki one invalidates only by touching with desire. All opinions are valid. And Allah Knows Best.

A barrier would be considered clothing, or glove or something. For bath, a rag of some sort.unless nail, hair, tooth, or severed part do not cause or bring excitement by touching, and they are not flesh except severed part.

Other Conditions (Shurut) of Prayer

with uncertainty, one’s prayer is invalid.[14]

Knowing the prayer direction (qibla) is also a condition.[15]

It is necessary to cover one’s shameful area ( awra) with a pure, permitted barrier.[16]

It is necessary to remove filth from one’s clothing, body, and place.

It is necessary, for someone able, to pray the prescribed prayer standing.

(6 & 7) then prostrating (sujud) twice and sitting between the two prostrations: one is to necessarily repose in all (one does the rest of the cycles the same way, with  the first testification (tashahhud) and its sitting being sunna);

(8 & 9) the final testification sitting for it are essential;

Other Demanded Matters of Prayer

One should have focus, which means stillness of limbs[20], presence of heart, and reflecting upon the recitation and invocation; for Allah only accepts of the

prayer according to the amount of presence. Showing off is forbidden in prayer and everything else, it meaning acting for the sake of people.

This is the strictness of the Madhab. Women are not obligated to make the prayer because of their menstruation, or other problems that may time to time unable them to attend. But they can still be present. And if not, they should keep themselves concealed during it’s time until the prayer is over(See Minhaj et Talibeen).

It is also worth to mention that the Jumu’ah prayer takes place in a town setting not a village. The inhabits of a village must make hijrah to a town to perform the prayer as ordered by The Prophet(Peace Be Upon Him).(See Abu DawudKitab Al Salat).

The Meaning of Fasting

(3)ejaculation induced through skin-to-skin contact; (4)induced vomiting, out of choice.[27]

Perfecting fasting also involves seeking to break the fast on something allowed, as well as not overeating.

And Allah knows best. And through Allah is success.

For Whom Hajj and Umra Is Essential (Fard)

Integrals (Arkan) of Hajj and Umra

Necessary for circling are:

The forbiddances apply to women as they apply to men.

6.1 Guarding the heart from vices is necessary for every Muslim. Likewise, guarding the seven body parts is essential for every individual Muslim.

Vices of the Heart

All of these are of the vices and vile, destructive things. In fact, some of these are things that enter one into disbelief, and refuge from that is in Allah (how high is He!).

Virtue of the Heart

Vices of the Stomach

Vices of the Tongue

Vices of the Eye

Vices of the Ear

(1) listening to slander and other forbiddances.

Vices of the Hand

Vices of the Foot

(1) Walking towards plotting against, killing, or whatever harms a Muslim without right, or anything else forbidden to walk to.

Vices of the Genitals

Vice with the Whole Body

Minhaj Et Talibeen-The major opinion in the Shafi’i School written by Imam YahyaZakariyyah An Nawawi(Ra). The book shows the opinions of the earlier shafi’is(AshabulWujuh)and The   split opinions of Imam Shafi’I himself. In this book, Imam Nawawi has given his best preference according to the sunnictriditions.

Imam Haddad-A pious saint and shafi’i scholar from the Yemen area. He was the teacher of many and A teacher of the Author. 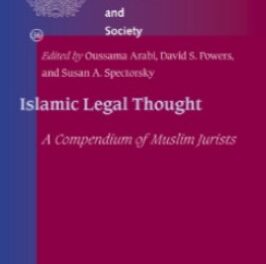 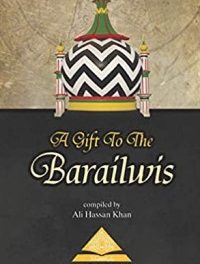 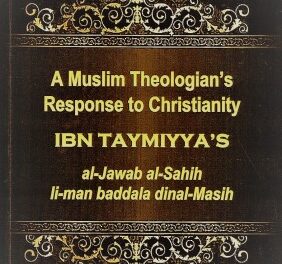 A Muslim Theologian’s Response to Christianity 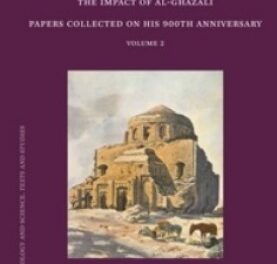