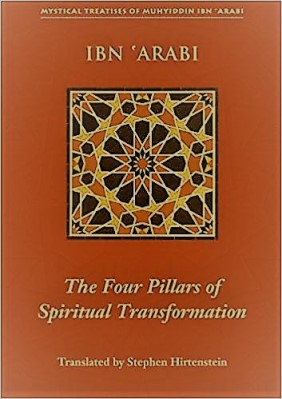 The wise make spiritual disciplineJ abandonment of this world and other such things the primary condition for their thoughts to be free enough to receive spiritual matters. For spiritual things do not impart their effects unless the place [of reception] is emptied made ready and turned towards their standpoint of view. Those who know God know that the relationship of all things to God is [but] one single relation. Thus they witness Him in everything and nothing veils them from Him.1

When Ibn ‘Arabī began to devote himself in earnest to the spiritual Way in the year 580/1184, he frequented several different spiritual masters in Seville. Amongst them were a number who had been disciples of Ibn Mujāhid,2 one of the most famous Sufis of the day. Ibn Mujāhid’s creed was based upon the following hadīth of the Prophet: “Reckon with yourselves before you are brought to the Reckoning (on the Day of Judgment).”

He would make a note of all his thoughts, actions, words, what he had heard and similar things. After the prayer of nightfall he would seclude himself in his room and go over all his actions of that day that demanded repentance and repented of them. He would do likewise with all that called for his gratitude.

He would then compare his actions with what was required of him by the Sacred Law. Having done this he would sleep a little, after which he would rise to say his litanies (wird) and pray in accordance with the custom of the Prophet. Thus he would sleep and pray alternately throughout the night.3

According to Ibn ‘Arabī, this shaykh was once visited by the Almohad Sultan, Abu Ya’qub, who asked him whether he ever felt lonely living on his own. He replied: “Intimacy with God abolishes all loneliness – how can I be alone when He is always present with me?” Ibn ‘Arabī himself followed Ibn Mujāhid’s teachings on self-discipline, and states that he benefited immensely from those who had been taught by him.

Modern times seem to have little in common with the simplicity of this kind of medieval world, where extremes of asceticism were commonly practised.

Yet in all true spiritual traditions rigorous self-discipline is part of the training, be it by way of retreats, fasts or other kinds of abstentions. The value of such self-discipline lies solely in it being directed towards an aim:

Reality alone, as It is in Itself. It is clear that in the case of Ibn Mujāhid, for example, his whole approach was dictated by love of God, his desire to conform as closely as possible to the Divine Will and to follow the model of the Prophet Muhammad. In Ibn ‘Arabī’s case, too, critical self-examination was subsumed within complete devotion to, and remembrance of, God.

His focus was always, unwaveringly, God’s Unity and incessant Self- Revelation.

Like all great masters of spirituality, Ibn ‘Arabī delineates two fundamental and complementary facets of the Way: on the one hand, the belief in and knowledge of how things are in reality, based on the premise of God’s Unity, and the ways that He has revealed Himself from time immemorial – the destination and aim; and on the other hand, the practice, the means of achieving the aim, which starts from where each person finds themselves, ignorant of reality, not yet having arrived.

Writers from all traditions have spoken of the myriad pitfalls of the spiritual quest, and have laid out a programme for their disciples involving stages and states that must be passed through if one is to reach the reality of the Divine Beloved. Ibn ‘Arabī’s “spiritual method” tends to be built more upon dialectic and paradox. For example, his attitude is revealed in the way he speaks of an encounter with two of his masters in al-Andalus during his youth:

I was once in Seville with my master Abu al-Abbās al-‘Uryāni and he said to me: “My son, concern yourself with your Lord! “ I