The Heritage of Arabo-Islamic Learning pdf 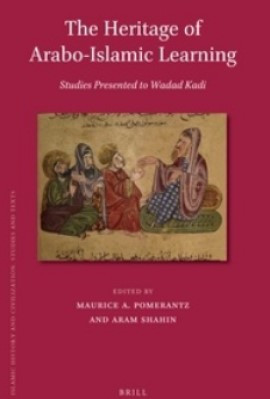 The Heritage of Arabo-Islamic Learning: Studies Presented to Wadad Kadi

The Heritage of Arabo-Islamic Learning

Literary heritage or turāth is a neologism in Arabic dating from the nineteenth century. A product of Arab intellectuals’ confrontation with colonial powers and their claims to modernity, the concept of turāth has been at the center of cultural debates for more than a century.

From figures of the Nahḍa of the nineteenth century who sought answers about the declining fortunes of the Arab nation to recent intellectuals’ attempts to revive or reconstruct the Arabo-Islamic intellectual heritage, the notion of turāth as literary heritage has been central.1

Can it be a source of spiritual renewal, or is it the cause of cultural malaise? Does it contain the guiding principles for future political emancipation or is it a cloak for despotism?

In the wake of popular movements across the Middle East in recent years, these questions of the meaning of the past for the present will remain important.

One fundamental feature often overlooked in political debates about the meaning of the Arabo-Islamic literary heritage is its abiding emphasis on learning and the passing on of knowledge from one generation to the next.

As is well known, Muslim scholars were admonished to seek out proper teachers and teachers strove to live up to the standards that learning demanded of them. Discipline, integrity, and honesty were meritorious not simply because they were moral values but also because they led to a spread of knowledge vital for the maintenance of civilization.

This volume, entitled The Heritage of Arabo-Islamic Learning: Studies Pre- sented to Wadad Kadi intends to honor this tradition of learning and a per- son who has done much in her career to forward its aims and ideals.

Prof. Wadad Kadi has been among the leading scholars of Arabic and Islamic studies for more than four decades. Her work in both Arabic and English, involving both the editing of critical editions, literary and religious studies, and penetrat- ing works of historical interpretation spans a breadth of fields that are rarely the heritage of arabo-islamic learning  achieved by one individual. In the biography and bibliography that follows, readers can get a sense of her remarkable intellectual achievements.

Prof. Kadi has also been a prominent figure in the field as an educator and colleague, teaching generations of undergraduate and graduate students, supervising dissertations, encouraging junior scholars, and debating with col- leagues. For the students and colleagues of Prof. Kadi, it comes almost as second nature to consider her work a reminder of forms that scholarship ought to take, and an example of the discipline needed to achieve a satisfactory end.

But even more so, her intellectual curiosity and spark of life as a teacher have been qualities that inspire her students and peers to find new ways to interpret, understand, and explore the literary traditions of the past and present.

The contributions to this volume represent many of the interests of Prof. Kadi during her long career and the role she has played in the development of many of these individual disciplines in Arabic and Islamic studies. The contri- butions are divided into three main subjects:

History, Institutions, and the Use of Documentary Sources; Religion, Law, and Islamic Thought; Language, Literature, and Heritage. Their very diversity, ranging from articles on grammatical theory to ḥadīth studies, from Umayyad prisons to Mamlūk prayer halls, and early Islamic poets to post-modern novels speaks to the range of disciplines and interests pursued by Prof. Kadi’s large network of students, colleagues, and friends of which this volume is but a small representation.

We would be mistaken however to think that all scholars of the past saw only the beneficial side of teaching, learning, and scholarship. After all, was it not the great littérateur Abū Ḥayyān al-Tawḥīdī (d. 414/1023) himself who once said in his famed letter on the burning of his books, “Indeed I take refuge from knowledge that has become a burden, bequeaths disgrace, and weighs down its master’s neck like a chain”?

In this letter (studied with consummate skill by Prof. Kadi) Tawḥīdī’s statement serves as both an argument and an apology for an act that can have little justification in any age—a scholar’s destruction of his own books. How would this scholar who had so little faith in the collective enterprise of learning, regard our own attempts to take this tradition as a model in the current day?

Those of us committed to the profession of teaching and learning might be inclined initially to think badly of Tawḥīdī for having committed this act of literary suicide and having had the temerity to defend it in writing. Like some of his contemporaries surely did, we might envision Tawḥīdī as a hypocrite or a coward. He was so afraid of the judgment of others that he destroyed his own books in the fear that others would criticize him.

Yet whatever we might think of his act, Tawḥīdī’s words are surely a solemn reminder that the pursuit of knowledge can sometimes lead one down the path to perdition. On some level, was not Tawḥīdī right? Can’t knowledge lead sometimes toward the oppression of others, and even ourselves?

Tawḥīdī phrased his words about knowledge not as a declaration about the nature of learning in the absolute but as a prayer against what learning could become. For despite what Tawḥīdī might have intended by his reliance on this phrase in his letter written in a moment of anger and sadness, his words offer faith and guidance to future writers and thinkers to strive for knowledge that ennobles and liberates. His words offer the important guide that knowledge, for it to be worthy of being passed on ought to do more than simply inform—it also ought to better the lives of those who possess it.

Furthering knowledge requires solitary effort and diligence, to be sure. But it also requires the hope and faith that something beneficial to others may one day spring forth from one’s efforts.

The contributors in this volume who have learned and continue to learn from Prof. Kadi’s numerous books and articles, her diligence and acumen as a scholar, her honesty and integrity as a colleague, and warmth as a friend, have come together to offer this volume as a small token of their gratitude for her trust in our collective enterprise. They do so in the faith that many others will profit from these studies, and in the hope that this th ch satisfaction and happiness in the years to come. 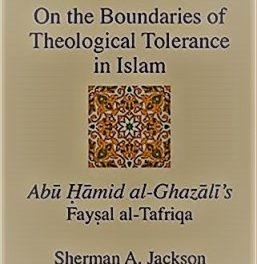 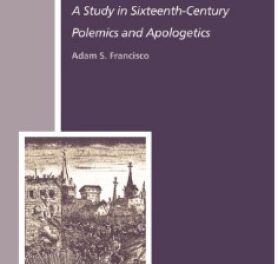 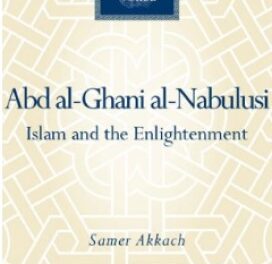 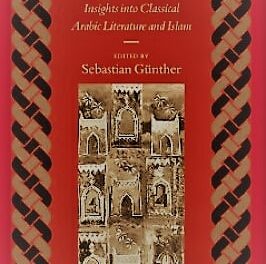