The Principles of Islamic Political Economy 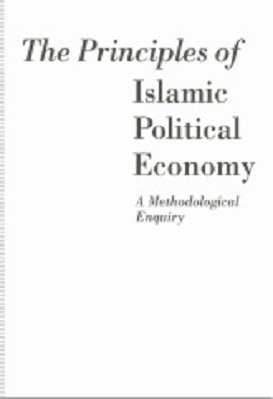 The Principles of Islamic Political Economy: A Methodological Enquiry

SOME QURANIC INJUNCTIONS ON CONSUMPTION, PRODUCTION AND DISTRIBUTION

The general theory of social choice and social welfare function in ethico-economics will be particularised for the case of Islamic econ­omics. The starting point is to define the set of state and policy variables and constnıct the social welfare index on the basis of this.

In the shari’ a the guiding principle of the economy is to prefer distributive equity to maximisation of economic efficiency per se as a conflicting economic goal. In this regard the Quran says, ‘Let not your wealth become confined to the rich among you.’1 At the same time, the Quran invokes exploration of resources in the universe, as well as participation in production and consumption, in the following verses:

Behold! In the creation of the heavens and the earth; in the alteration of the Night and Day; in the sailing of the ships through . the ocean for the profit of mankind; in the rain which God sends down from the skies, and the life which He gives therewith to an earth that is dead; in the beasts of all kinds that He scatters through the earth; in the change of the winds, and the clouds which they trail like their slaves between the sky and the earth; here indeed are Signs for a people that are wise. ((Sura II, v. 164))

Consumption, Production and Distribuüon in the Light of lslamic Economic Principles

These Islamic perspectives in consumption, production and distri­bution can now be viewed with respect to the main assumptions (principles) and instruments of the Islamic economy. The Quran considers the Islamically requisite acts of consumption, production and distribution in relation to the felicity people attain from them, first in this life through acts of righteousness and then, through this, the attainment of supreme felicity in the hereafter. 2 They are there­fore treated as acts of worship. On the other hand, Islamically non-requisite acts in these areas are treated as disbelief, and are equated with the habits of the devil. 3 Thus, in the relationships between the main principles of the Islamic economy, felicity is attained production. Distributive equity is established by the mandatory lslamic wealth tax (zakah).

The lslamic theory of social choice must necessarily centre around the above-mentioned principles and establish social ordering in terms of them. We now turn to a formalisation of this area. The tenets of the Quran, the traditions and sayings of Prophet Muhammad (sun­nah), and the periodic consensus of the lslamic community or of religious scholars (mujtahid) in authoritative lslamic research, using the process known as ijma or ijtehad, are the tenets that govern individual preference formation in the lslamic economy.

Consumer sovereignty is relegated to these tenets in the lslamic social order. The implementation of the rules and conduct of the shari’ a are left to an extensive consultative decision-making process under a body known as the shura. The consultative body exists at various levels of institutions and societies, and is structured and integrated ali the way up to the highest echelons. in the ideal case this highest echelon is the world nation of lslam ( ummah). in this way the process of implementation of the shari’ a becomes a democratic and decentralised process, but the agenda of implementation is derived from the Quran and its exegesis, and not by the coercive will of the state to serve other interests. The state cannot legislate new laws. it only implements and secures the lslamic laws, together with the findings of ijtehad, surrounding the interpretation of the lslamic laws by the shura.

Now, since consumer sovereignty is ruled out in the lslamic econ­omic system, lslamic social choice would not be based on interper­sonal comparison of utility. in fact, the idea of utility is now replaced by the idea of felicity, in the sense of intertwining individual welfare with social welfare. The lslamic democratic voter does not decide on the hasis of individual preferences, but decides rather on the hasis of shuratic deliberations which finally emerge out of mutual consulta­tions in strict compliance with the shari’a. it is therefore the shuratic social preference that reflects the social choice of the nation.

Social consensus formation through the shuratic process of decision­making is thus a reflection of the collective weal of a populace in accordance with the lslamic laws, which now raises the question as to how non-compliance is treated in this system. Take as an example the case of the non-Muslim minority in the lslamic state. The idea of ‘independence of irrelevant preferences’ is applicable here. This means that if we take three social states, A (avoidance of drinking through acts of labour and production and distributive equity. The compliance with the shari’ a in these areas establishes the principle of the unity of God as the creator and sustainer of the universe (the principle of Tawheed and brotherhood). The environ­ment of Islamically-requisite production is established under the institution of cooperation and mudarabah. Moderation and Islamic­ally-requisite consumption are established by the instrument of avoid­ance of waste israf. The instrument is equally applicable to