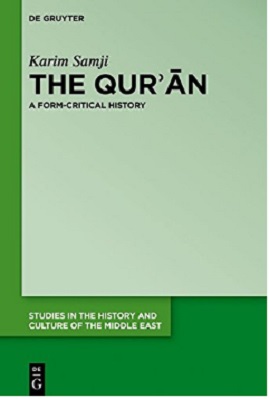 The present monograph examines the constructive application of genre criticism to the corpus coranicum.¹ Hermann Gunkel (d. 1932) established the method in response to the problems endemic to psalm criticism and extended its scope to the entire Old Testament corpus.² Before long his students Martin Dibelius (d. 1947) and Rudolf Bultmann (d. 1976)blazed a trail in the study of the New Testament.³ Particularly pertinent to this discussion of method is Johann Gott-fried von Herder (d. 1803), whose formative influence on Gunkel was decisive.⁴

Dibelius positively asserts, “Herder was the pioneer of such movements in the sphere of biblical literature…he intuitively put forward many axioms, which only at a later date were to reach significance for criticism.”⁵ In point of fact, Herder set the stage and the tone when he endorsed the view that scripture as literature be treated historically.⁶ As a result, the shape of things to come is pre-figured in Herder.⁷

Karl Barth (d. 1968) repeatedly stresses without exaggeration, “Without Herder, there is no Schleiermacher, node Wette…Without Herder, there is no Erlangen school, no history of religion school.”⁸ Largely through Herder, the history of religion method had deep and manifold roots in the modern classical philology of Friedrich August Wolf (d. 1824), the nascent historical discipline of Leopold von Ranke (d. 1886),⁹ the emergent science of religion of Friedrich Max Müller(d. 1900),¹⁰ and the historical-critical method of Julius Wellhausen(d. 1918).¹¹

For instance, the echo of Herder is heard in August Boeckh (d. 1867), who combined the philological and hermeneutical insights of Wolf and Friedrich Schleiermacher (d. 1834), respectively¹²: “The highest task of genre criticism is to investigate whether content and form…are suitable for the inner aim of a genre….”¹³ Gunkel concurs that “aesthetic or literary quality is not merelysuperficial.”¹⁴ In other words, he holds that “aesthetic description can be scholarly.”¹⁵

Turning to the critique of the eponymous Wellhausen school, Gunkel opens with a simple disclaimer: Wellhausen is abovereproach.¹⁶ Nonetheless, Gunkel asserts that an inadvertent consequence of higher criticism is the relative disregard for historical aesthetics.¹⁷ In tandem with Herder, helaysthis inopportune development at the door step of Enlightenment rationalism.¹⁸ In this respect, Gunkel cites the proclivity of the Well hausen school towards argumentum ex silentio and the legal dictum quod non est in actis, non est in mundo.¹⁹

Yet again, without fail, he denies Wellhausen’s complicity in the matter.²⁰ However, Gunkel takes to task historical criticism, which is premised exclusively on written rather than mixed transmission.²¹ He criticizes the Wellhausen school for its failure to recognize the cataloguing of genres as the primary task of research.²² As is so often the case in history, Gunkel’s ideas were poorly received, and even met stern resistance.²³ 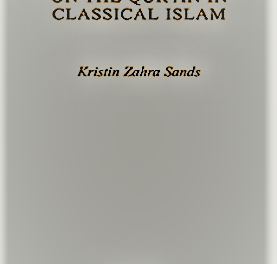 Sufi Commentaries on the Qur’an in Classical Islam 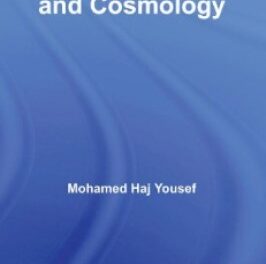 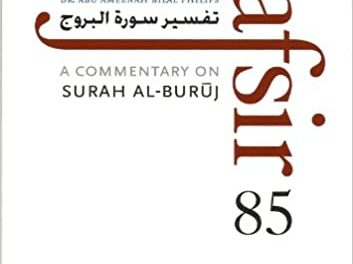