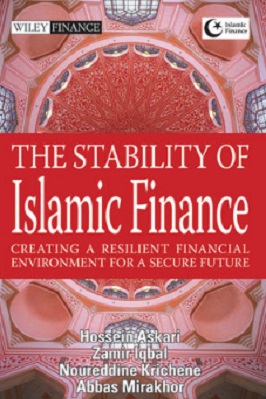 The Stability of Islamic Finance: Creating a Resilient Financial Environment for a Secure Future

The four basic institutions—property rights, contracts, trust, and ethics— give a ﬂavor of the strength of governance as envisaged in Islam. In addition, there are other individual and collective behavioral rules and norms that strengthen the governance structure of the state and ﬁrms. These include transparency, accountability, voice, and representation.

Corporate governance for an Islamic economic system entails the implementation of rule-based incentives such that compliance with the rules ensures the preservation of social justice and order among all members of society. This would imply the design of institutions and rules that induce or, if necessary, compel managers to internalize the welfare of society.

In an ideal situation where all economic agents are Mo’meneen— Muslims whose behavior corresponds fully with the requirements of the Shari’ah—faithful compliance with the terms of contracts and accountability for respecting the property rights of others will automatically lead to the elimination of problems arising from asymmetric information, moral hazard and adverse selection, and would thus guarantee optimal governance.

In a less perfect world where commitment to contracts may be inﬂuenced by personal interests which may induce deviation from the terms of the contract, a governance structure needs to be designed in such a way as to ensure complete fulﬁllment of contractual agreements and total protection of everyone’s rights.

Rules can be implemented through various institutional arrangements. In the case of the conventional ﬁnancial system, the existence of a regulatory framework is critical, whether on the grounds of the public good, or the protection of public resources, or the enhancement of the integrity of ﬁduciary contracts. The rationale for regulating an Islamic ﬁnancial system would be no different, except that it would incorporate additional institutional arrangements to ensure compliance with Shari’ah.24

However, in addition to regulatory measures to strengthen the governance framework, Islam has expectations of higher ethical and moral behavior from its managers and leaders, and higher ethical standards from all market participants. These and other distinctive features are discussed further below.

In Islam, the behavior expected of a ﬁrm is no different from that expected of any other member of society. The ﬁrm’s economic and moral behavior is shaped by its managers acting on behalf of the owners and it becomes their ﬁduciary duty to manage the ﬁrm as a trust. Consequently, it is incumbent upon managers to ensure that the ﬁrm’s behavior conforms to the principles and the rules of Shari’ah and such compliance will ultimately lead to the development of trust, responsibility, and accountability.

Shari’ah governs the behavior of leaders no less stringently than those of individuals. Although each member of society is expected to exhibit high moral values in the observance of contracts and covenants, many scholars are of the view that these requirements apply with even greater force to the actions of leaders. Therefore, a breach of faith on the part of a leader is more heinous in its nature and more serious in its consequence than a similar breach by an ordinary individual.

The current ﬁnancial crisis has highlighted the role of managers and corporate leaders in shaping the crisis: the lack of transparency, greed, misrepresentation, fraud, and breach of trust displayed by certain ﬁnancial managers and leaders all contributed to the chaos. Jim Collins, in his book How the Mighty Fall (2009), has observed the corporate behavior of leaders and identiﬁed the different stages they might go through during the course of their fall—from the hubris of considering success as an entitlement, to the un- disciplined pursuit of more (more scale, more growth, more acclaim, more of whatever they see as “success”), to putting a positive spin on ambiguous data and being unable to accept responsibility for setbacks. Such behavior was prevalent industry-wide in the lead-up to the current ﬁnancial crisis.

Leaders who are fully conscious of their responsibilities, limitations, and obligations, as expected in Islam, would never fall into a behavior which would promote arrogance, ignorance, greed, deceitfulness, nontransparency, and delinquency.

To assist the development of leaders with higher moral and ethical values, integrity, introspection, and humility, governance infrastructure needs to be strengthened.25 These principles deﬁne the social norms in Islam which determine the behavior expected of individuals and institutions and establish a set of socially approved values. While the values and expectations in any given society may shift or change with the passage of time, Islamic values are inviolable at all times. Therefore, these values set a benchmark against which the behavior of individuals and institutions will be judged.

The principles governing property rights and contracts in Islam clearly justify the inclusion of stakeholders in the decision making and governance structure. This inclusion is based on the principles that (a) the collectivity (community, society, state) shares the rights in the property acquired by either individuals or ﬁrms; (b) the exercising of property rights should not lead to any harm or damage to the property of others (including stakeholders); (c) the rights of others are considered as property and are, therefore, subject to the rules regarding the violation of property rights; and (d) any property leading to the denial of any valid claim or right by any member of the society would not qualify to be recognized as al-mal and, therefore, would be considered unlawful according to Shari’ah.

The same principles of governance under which a ruler or a state should function apply also to ﬁrms. Iqbal and Mirakhor (2004) argue that within the Islamic framework a ﬁrm can be viewed as a “nexus of contracts” whose objective is to minimize transaction costs and maximize proﬁts and returns to investors, subject to the constraint that these objectives do not violate the property rights of any party, whether it interacts with the ﬁrm directly or indirectly. In pursuit of these goals, the ﬁrm honors all implicit or explicit contractual obligations.

It is incumbent on individuals to pre- serve the sanctity of implicit contractual obligations no less than those of explicit contracts. By the same token, ﬁrms have to preserve the sanctity of implicit and explicit contractual obligations by recognizing and protecting the property rights of stakeholders, community, society, and state. Since the ﬁrm’s behavior is shaped by that of its managers, it becomes their ﬁduciary duty to manage the ﬁrm as a trust for all stakeholders in ensuring that the behavior of the ﬁrm conforms to the rules and norms speciﬁed by law.26

A ﬁnancial institution’s customers are some of its most important stake- holders, who place their trust in the institution that it will handle their wealth in compliance with Shari’ah. The institution has entered into a contract with its stakeholders that it will conduct its business according to the spirit of Shari’ah and will, therefore, be required to fulﬁll its obligation to the best of its abilities.

In addition, it has made an implicit contract to ensure that no violation of Shari’ah principles occurs. Anytime the institution fails to meet this explicit and implicit contractual obligation or is guilty of a breach of contract, stakeholders can immediately inﬂuence the management through their participation in the governance framework.

Other than depositors/investors, employees, customers, borrowers, and the community are also stakeholders in the institution’s governance structure. Since an IFI can hold partnership stakes through musharakah and mudarabah on its assets side, the institution itself becomes a stakeholder in other businesses, and vice-versa. The governance framework ensures that the voice and concerns of each stakeholder are heard and that an appropriate platform is accessible to all stakeholders to participate in decision making relevant to them. The decision making of managers is not driven solely by an objective to maximize proﬁts but will be focused on sincere efforts to maximize the welfare of stakeholders without any compromise. Appropriate regulatory and Shari’ah authorities will ensure that a monitoring and com- pliance framework is in place to protect the rights of the stakeholders.

The role of Shari’ah scholars in governance

The role of Shari’ah scholars is critical in Islam to guide society in resolving social and economic issues, and in dealing with new issues and questions that arise as time brings change and new developments. Shari’ah scholars have played a critical role in the growth of the ﬁnancial industry and will continue to do so as the industry grows and confronts a long queue of unresolved issues. For example, in its early stages, Shari’ah scholars focused on the format of intermediation but now the focus has shifted towards design- ing new products. However, as major issues are settled, the role of Shari’ah experts is expected to gradually diminish or to shift more to governance rather than design.

During the last three decades, Shari’ah scholars have played a positive role in the growth and development of Islamic ﬁnance, but their role has also come under scrutiny and attracted a certain degree of criticism as well.27

In the early development stages of Islamic ﬁnance, issuing a fatwa (legal ruling) was considered a public good and no ﬁnancial beneﬁt was expected for providing such services. However, the expansion of business and the current wave of commercialization have created a competitive market for Shari’ah scholars and there is a concern that, with increasing pressure to compete and without proper institutional arrangements, the quality of Shari’ah advice being given may suffer.28

There are similar misgivings concerning the possibility of contamination in the application of Shari’ah principles. During the early stages of the development, Shari’ah scholars approved certain transactions by using the Law of Necessity, and by treating certain aspects of these transactions as exceptions, provided that they were convinced that these aspects were in the greater interests of the industry. However, the business community may have misused this permission and may have made excessive use of these exceptions.29

Ideally, the participation of Shari’ah experts in corporate governance should be subject to ﬁve principles: independence; conﬁdentiality; competence; consistency; and disclosure.30 First, such arrangements should ensure the independence of the experts so that there is no conﬂict of interest and that they represent investors/depositors rather than the management. Second, the governance structure should ensure that Shari’ah experts representing multiple ﬁnancial institutions maintain conﬁdentiality for each institution, respecting any proprietary information and the intellectual property of each.

Third, there should be a process for training competent Shari’ah experts in business and governance. Fourth, considering the diversity of opinion in Shari’ah, a good governance structure should ensure that stan- dardized contracts are available for similar business transactions, and that a proliferation of diverse but conﬂicting opinions is discouraged. Finally,