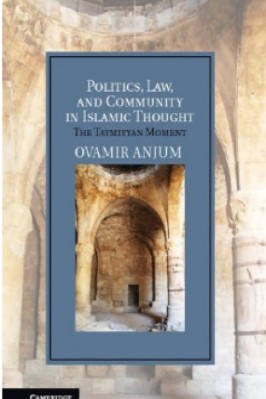 Politics, Law, and Community in Islamic Thought: The Taymiyyan Moment

Gazing though my window across the Saad Zaghloul Square of Alexandria into the Mediterranean, I can hear chants of the Egyptian revolutionaries who now want to secure the gains of their proud and peaceful revolu- tion of January 25, 2011.

In this wildire of revolutionary fervor that has spread through the Middle East and has caught the region by surprise, Islam is deeply relevant. This is not an “Islamic” revolution like that of Iran, as everyone across the board is insisting, yet, with the passing of days and weeks, questions surrounding of the role of Islam in the future of the Egyptian and the new Arab states generally seem to loom ever larger.

The subject matter of this monograph – the relationship between politics, law, and reason in Islamic thought – even though it pertains to the medieval world, is brought to life for me continually as I meet with Egyptians of various stripes in the midst of the revolutionary fervor and see their unprecedented openness toward expression of political views.

The classical Muslim figures whose thought is examined here are alive and well today in the sermons and writings of the ulama, preachers, and Islamists. Given the nature of the subject matter, it is only appropriate to attempt to bring it into conversation with the contemporary problems in Islamic political thought. In the following pages, I do so by raising the set of questions that I address in this monograph.

One problem is that of the role of the ulama in politics in Islamic his- tory. The courageous and largely peaceful protests against the atrocious injustice and corruption of the ruling elite drew sympathy and admira- tion from even the most skeptical observers in the world.

Yet, the negative response by the traditional Muslim scholarly elite, from the Grand Mufti of Egypt, Shaykh ʿAlı3 Jumʿa (Ali Gomaa), to the Syrian traditionalist icon, Shaykh Muhammad Saʿı3d Ramada4n al-Bu4tı3, and others to such protests, and at times even their support of the autocrats even in their last moments, has once again brought out the question that has puzzled Muslim think- ers and activists for more than a century of attempts at reform and nation building.

On the one hand, a large number of Muslims continue to revere Islamic tradition and its authorities, the ulama. Yet, on the other hand, the same Muslim scholarly tradition seems to be out of touch with or utterly deny the need for political justice that the same Muslims so widely and desperately seek. No doubt, prominent ulama have long stood by, and at times even led such protest movements, and Islamic tradition has always possessed strands that relect such concerns and have come to greater prominence in modern times.

But it is dificult to deny the presence of arguably the predominant strand in Islamic scholarship since the onset of the classical period that has been characterized as quietist, apolitical, and compromising (in theory, not necessarily in personal con- duct) toward usurpers of power. As far as scholastics and intellectuals are concerned, quietism is not an incomprehensible position, safer in the ideal world of pious discourse and intellectual coherence than in the real world of power and negotiation.

A closer examination suggests, however, that the ulama neither embodied the romantic ideal of living a life above intrigues of power nor persistently lacked moral courage to criticize the rulers. What was lacking was not ulama’s involvement with power, but any sustained effort to theorize power – that is, to articulate realistic conditions of political legitimacy and, relatedly, the willingness to share the authority to speak in God’s name with the men of power.

This was not because of any lack of conceptual resources in the foundational texts and early sacred history, but rather because of certain historical commitments of the Islamic discursive tradition.

Put differently, as the issue was raised in my conversations with many Arab interlocutors in the wake of many of the ulama’s support of the status quo, my contention to them can be rephrased in this book as follows: It is not that the ulama who deny the significance of political justice are merely capitulating, or that they consistently believe that power is inherently corrupt, or that there is nothing wrong from their perspective with the political state of affairs, but that their response, whatever the immediate reasons, has its roots in an important, often the dominant – but far from the only – strand of Sunni tradition.

Another ubiquitous question on the mind of the modern observer of the Muslim world is that of the politicization of Islam.

My investigation leads me to suggest that the right question, for a historian of premodern

Islam anyway, is not how Islam became politicized, but how it came to be depoliticized. The phenomenon of depoliticization is far from a unique feature of Islamic tradition. A political historian of the West thus com- ments on a similar transformation in the Greco-Roman world:

If we ask: what was the intellectual response to the primacy of power? The answer is that nowhere was the failure of political philosophy more effectively demonstrated than in its inability to account, in political terms, for this central fact in the political life of these centuries. Confronted with power, one impulse of political philosophy was to lee and seek refuge in a “golden age” located somewhere in the pre-political past.1

Comparable (and hence comprehensible) as I argue this phenomenon is, it cannot be fully explained by individual scholars’ contributions or compromises, or any pathology essential to Islam. We must attend to the discursive traditions to which our individual authors contributed. Here, my inquiry is indebted to Talal Asad’s notion of Islam as a discursive tradition.

When addressing the question of compromise or any other funda- mental transformation, I understand the working of traditions as being, to borrow an analogy from genetics, similar to how organisms pass down their traits; it is not the accidental loss of an organ or two that the off- spring inherits, but rather genetic mutations.

The genes of a tradition are its commitments and core arguments, and only when a “compromise” is made consistently and argued successfully through the core commit- ments of a tradition can it pass down and itself become a commitment. This analogy allows us to overcome the problem of the continuity of a tradition in time – like organisms, traditions continue through time with- out remaining perfectly identical to their ancestors. This analogy also commits us to the task of examining the discursive transformation rather than merely the isolated works or authors.

Then there is the question of the relationship of religion to state and politics in theory and (inevitably, given that we are dealing with a tradition) history. I address the question by deconstructing the concept of politics, mapping it onto the discourses and problems organically found in Islamic traditions. Enough scholars have expressed their dissatisfaction with the generalization that religion and politics have always been fused and inseparable in Islam (the problem here is with the categories 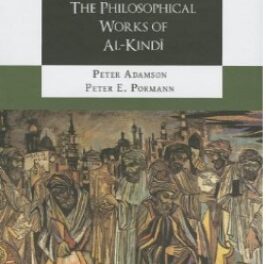 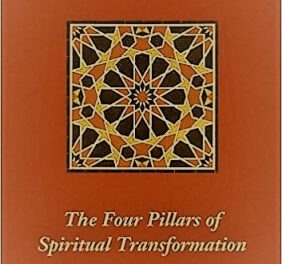 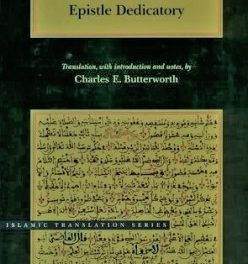 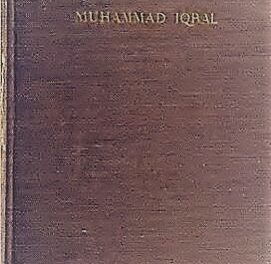