THE “golden age” of Islam, insofar as the intensity of the religious and spiritual life and the realization of its ideals are concerned, must be identified with the lifetime of the Prophet Muhammad – upon whom be peace – and the first Muslim community at Medina.

But just as the seed sown in the ground grows into a tree and finally bears fruit only after the passage of time and the gaining of nourishment from a suitable soil, so did the tree of Islamic civilization bear its intellectual and artistic fruits several centuries after its inception, during which it was nourished by the legacy of the previous civilizations to which Islam became the heir.

The arts and sciences, as well as philosophy and metaphysics, reached their zenith of formal perfection and became fully articulated only after Muslim society had become completely consolidated, and only after the tenets of the Islamic revela­ tion had been realized in concrete and tangible forms so as to make the new civilization distinctly Islamic, even when elements of non-Islamic origin had been incorporated into it.The spread of Islam and the subsequent consolidation of ,..

Muslim society is one of the most rapid and decisive events in human history. By the end of the earthly career of the Prophet, under the banner of Islam, the whole of Arabia was united for the first time, and by A.D. 700, that is, less than eighty years after the birth of Islam, the new religion had spread over the whole of the Middle East and North Africa and its domain stretched from the Indus Valley to Andalusia.

Moreover, unlike the only other expansion that can be com­ pared in any way to it, namely, the Mongol invasion of Western Asia seven centuries later, the effect of the Islamic conquest was permanent.

Except for Andalusia, from which the Muslims were expelled in the fifteenth century, every country into which Islam spread during that short period became Islamicized, and in many cases “Arabicized,” and has remained so until the present day.

As might be expected, this sudden expansion and the conquest of such a vast territory by the Muslims needed time before the conquered domain could be transformed into a society constructed upon the Islamic pattern.

There was at this moment an urgent need to find administrative codes and rules of government for situations that had never existed in the Arabian Muslim community at the time of the Prophet, and to apply the laws of the Quran and the practices of the Prophet to new circumstances which had never occurred before.

So it was that the early caliphs, the four who followed the Prophet immediately and who are usually called al-khulafii’ al-riishidun, as well as the Umayyads, spent most of their energy in solving the immediate problems of creating an Islamic society.

They supported and cultivated such sciences as the reading and interpretation of the Quran, assembling the traditions or Hadiths of the Prophet, and systematizing the study of the Arabic language, all of which were of immediate concern to the new community inasmuch as the sacred law of this new society, or the Shari’ah, was based on the Quran and the Hadith, and its language, unknown to many newly converted non-Arab Muslims, was Arabic.

Preoccupation with such immediate concern~ prevented the Umayyads from turning their attention to the vast heritage which the hands of fate had placed in reach of the Muslims, and so, during this early period of Islamic history, there was only an occasional figure like Khalid ibn Yazid who began to cultivate interest in pre-Islamic sciences, and only very rarely was a book translated from Greek or Syriac into Arabic.

Rather, this early period was one in which the traditional religious sciences of Quranic commentary and Hadith became fully established, and the study and cultivation of the Arabic language reached a high state of accom

Abii ‘Ali Sina, known to the Western world as Avicenna and entitled “the Prince of Physicians,” was born in 370/980 near Bukhara.

The sage who was later to become the most influential of all figures in the Islamic arts and sciences and who was to gain such titles as al-Shaikh al-rais (the Leader among Wise Men) and Hujjat al-Haqq (the Proof of God), by which he is still known in the East, displayed a remarkable aptitude for learning from an early age. He was also fortunate in that his father, an Isma’ili, took great interest in his education and that his house was a meeting place for scholars from near and far.

Avicenna learned the whole of the Quran, as well as grammar, by the age of ten and then undertook to study logic and mathematics, the latter under the direction of Abii ‘Abdallah al-Natili. Having rapidly mastered these subjects he then undertook a study of physics, metaphysics, and medicine with Abii Sahl al-Masil}.i.

At the age of sixteen he was the master of all the sciences of his day except for metaphysics as contained in the Metaphysics of Aristotle which, though he had read it over many times and even memorized it, he could not understand.

But even this obstacle was removed when he discovered by chance the commentary of al-Farabi upon the work which clarified all its difficult points for him. From then on Avicenna had nothing more to learn “in breadth” but needed only to increase his understanding “in depth” of what he had already learned by the time he was eighteen years old. In fact, toward the twilight of his life he once mentioned to his favorite disciple, al-J uzjiini, that in all the intervening years he had learned no more than he knew as a youth of eighteen.

It is with full consideration of the fundamental ontological distinction between the Universe and God that Avicenna turns to a study of cosmology and cosmogony and undertakes to show how the many is brought forth from the One, who is at the same time transcendent with respect to all multiplicity.

But whereas in metaphysics Avicenna’s aim is essentially to demonstrate the contingent character of the Universe, in cosmology and cosmogony his aim is to delineate 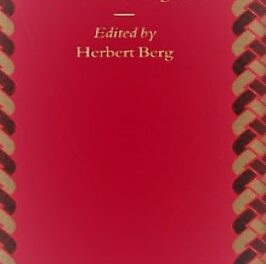 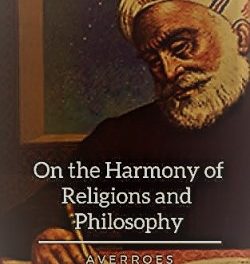 On the Harmony of Religions and Philosophy 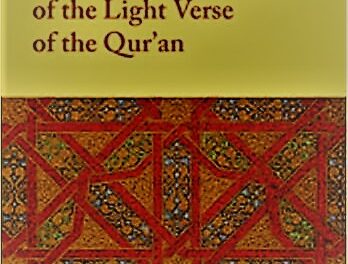 On the Hermeneutics of the Light Verse of the Quran 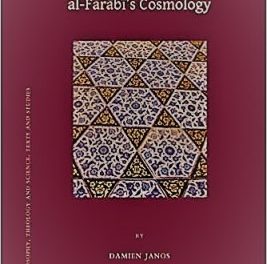