Introduction to this edition  1

A Brief Overview of Some Schools of Thought  157

Introduction to this edition

Various books on Usul al-Fiqh are available in English, however after reviewing them it becomes clear that most are written for academic purposes rather than for the normal reader. In this regard the excellent book written by Abu Tariq Hilal entitled „Studies in Usul al-Fiqh‟ stands out. It was written in a clear simple style understandable to the average reader.

I have slightly restructured the book so that the definitive sources of law are discussed before those upon which there is disagreement amongst the scholars. The chapters on the Quran, Qiyas, Ijtihad and Taqleed were brief in the original. I have added to these and in some cases rewritten sections where elaboration was required. In this age of doubt and scepticism I felt it necessary to add some textual evidences and much needed references for some definitions and Ahadith. To distinguish this amended version from the original a new title has been given that keeps to the simplicity of the original.

It is clear that in writing the original, Abu Tariq referred to Sheikh Taqiuddin  an-Nabhani‟s  (ra)  masterpiece  „Shaksiyyah  Islamiyyah‟ (The Islamic Personality). I have done the same, as well as referring to  the  excellent  book  „Teyseer  al  wusool  Ila  al-Usul‟  (To  make understanding  Usul  easy)  by  Sheikh  Ata  ibn  Khalil  Abu  al-Rishta (May Allah protect him).

I would like to thank Sheikh Abu Omar al-Khazraji for his support and checking of the book, Maulana Umar Farooq Nadwi for reviewing it, Qari Fazlul Karim for helping with the Arabic as well as my wife, Shifaa for her valuable input and support. Abu Ismael al-Beirawi

Usul al-Fiqh is the collection of principles pertaining to the methodology for the extraction of Fiqh. Ibn al-Hajib defined it as,

„the principles by which the mujtahid derives the legal rules of conduct from the specific evidences‟.2

The collections of principles related to Usul al-Fiqh are many. A few examples of these rules are discussed in the following section.

Adopting specific sources to derive laws is a major subject in Usul al-Fiqh.  The  Qur‟an,  Sunnah,  Ijma‟  as-Sahabah  (consensus  of  the companions) and  Qiyas (analogical deduction) are four sources in Islam, which are accepted by almost all of the scholars. However, there  are  other  additional  sources  such  as  Maslahah  al  Mursalah (public  interests)  or  Ijma‟  al  Ummah  (consensus  of  the  Ummah), which are not widely accepted.

C. Interpreting the text of Qur‟an and Sunnah:

Unless the text of the Qur‟an and Sunnah is correctly understood, no  ruling  can  be  deduced  from  it.  The  linguistic  structure  of  the text in Qur‟an and Sunnah varies from one style to another. Some examples  of  these  linguistic  styles  are:  Dhanni  (speculative  text), Qata‟i  (definitive  text),  „Aam  (general  text),  Khass  (specific  text), Haqiqi  (literal  text),  and  Majaazi  (metaphorical  text).  The  rules  to distinguish and differentiate between these styles are an important subject in Usul al-Fiqh.

Some Muslims claim there is no need for Usul al-Fiqh, thinking one can directly go to the text of the Qur‟an and Sunnah and derive laws. Such a claim really illustrates ignorance in understanding

Islam. It is impossible to derive laws without being equipped with the necessary tools. These tools enable us to understand the text of the Qur‟an and Sunnah, and without understanding the text; one would not be able to extract laws.

As an example, without being aware of the rules of Arabic grammar for interpreting the text of Qur‟an and Sunnah, one would not be able to differentiate whether the command in the Ayah or Hadith for a certain action is Haram (forbidden) or Makruh (undesirable). Therefore, Usul al-Fiqh is a definite pre-requisite to derive rulings.

Since rulings are derived based on Usul al-Fiqh, a variation in Usul al-Fiqh may result in different rulings. This is one of the reasons that there might exist more than one ruling on some issues.

Shari‟ah is composed of all the laws derived from the legislative sources of Islam. These laws are not just limited to areas covering marriage or divorce; rather, the Islamic laws cover every action performed by an individual or a society. The term Shari‟ah is also a synonym for Fiqh.

The text of both the Qur‟an and Sunnah address many topics such as, stories of previous nations, the Day of Judgment, and others. However, the text, which specifically addresses our actions of what to do or what not to do, is referred to as Hukm Shar‟i. 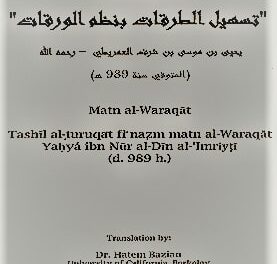 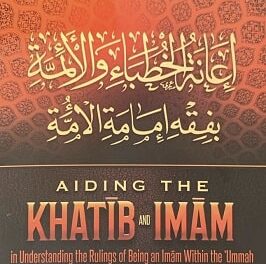 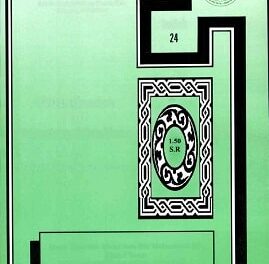