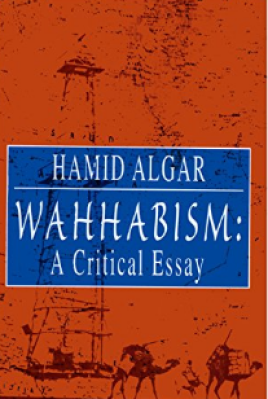 Wahhabism, a peculiar interpretation of Islamic doctrine and practice that first arose in mid-eighteenth century Arabia, is sometimes regarded as simply an extreme or uncompromising form of Sunni Islam.

This is incorrect, for at the very outset the movement was stigmatized as aberrant by the leading Sunni scholars of the day, because it rejected many of the traditional beliefs and practices of Sunni Islam and declared permissible warfare against all Muslims that disputed Wahhabi teachings.

Nor can Wahhabism be regarded as a movement of “purification” or “renewal,” as the source of the genuinely revivalist movements that were underway at the time. Not until Saudi oil money was placed at the disposal of its propagandists did Wahhabism find an echo outside the Arabian Peninsula.

The author discusses the rise of Wahhabism at the hands of Muhammad b. ‘Abd al-Wahhab, a native of Najd in the eastern part of the Arabian peninsula, the doctrines he elaborated to serve as the basis of the Wahhabi sect, and the alliance he concluded with the Saudi family, then rulers of the principality of al-Dir’iya. An early result of this union was a creeping conquest of the Arabian Peninsula, misnamed as jihad; it culminated in the sacking of Taif and the occupation of Mecca in 1803.

This first Wahhabi occupation was short-lived but Wahhabism triumphed anew with the foundation of the Kingdom of Saudi Arabia in 1925. Among the extensions of Wahhabism beyond Arabia must be accounted the perverse and brutal regime of the Taliban in Afghanistan.

What follows is a modest survey of the history, the doctrines, and the contemporary signifıcance of Wahhabism. Persons sympathetic to the teachings we call here “Wahhabism” might, of course, object to this designation, for it is a title given to the movement by those standing outside of it, often with pejorative intent. Wahhabis themselves prefer the titles al-Muwahhidun or Ahi al-Tauhid, “the asserters of the divine unity.”

But precisely this self-awarded title springs from a desire to lay exclu­ sive daim to the principle of tauhid that is the foun­ dation of Islam itself; it implies a dismissal of all other Muslims as tainted by shirk. There is no rea­ son to acquiesce in this assumption of a monopoly, and because the movement in question was ultimately the work of one man, Muhammad b. ‘Abd al­ Wahhab, it is reasonable as well as conventional to speak of “Wahhabism” and “Wahhabis.”

Two other preliminary remarks. First, in the extremely lengthy and rich history oflslamic thought, Wahhabism does not occupy a particularly important place.

Intellectually marginal, the Wahhabi move­ ment had the good fortune to emerge in the Arabian Peninsula (albeit in Najd, a relatively remote part of the peninsula) and thus in the proximity of the Haramayn, a major geographical focus of the Muslim world;

and its Saudi patrons had the good fortune, in the twentieth century, to acquire massive oil wealth, a portion of which has been used in attempts to propagate Wahhabism in the Muslim world and beyond.

In the absence of these two factors, Wahhabism might well have passed into history asa marginal and short­ lived sectarian movement. Those same two factors, reinforced by a partial congruity with other contem­ porary tendencies in the Islamic world, have endowed Wahhabism with a degree of longevity.

Second, Wahhabism is an entirely specifıc phenomenon, calling for recognition as a separate school of thought or even as a sect of its own. Sometimes the Wahhabis are characterized, particularly by non­Muslim observers searching for a brief description, as “extreme” or as “conservative” Sunnis, with adjectives such as “stem” or “austere” added for good measure.

it has, however, been observed by knowledgeable Sunnis since the earliest times that the Wahhabis do not count as part of the Ahl al-Sunna wa al-Jama’a, for almost all the practices, traditions and beliefs denounced by Muhammad b. ‘Abd al-Wahhab have been historically integral to Sunni Islam, enshrined in a vast body of literature and accepted by the great majority of Muslims.

Precisely for that reason, many of the ‘ulama contemporary with the first emergence of Wahhabism denounced its followers as standing outside the pale of Ahl al-Sunna wa al-Jama’a. That Wahhabis are now counted as Sunni is one indication that the term “Sunni” has come to acquire an extraor­ dinarily loose meaning, not extending much beyond recognition of the legitimacy of the first four caliphs (regarded by Sunnis as the Khulafa al-Rashidun [“the Rightly Guided Caliphs”]); in fact, it signifies little more than “non-Shi’i.”

Our characterization of Wahhabis as non-Sunni is therefore above all a his­ torical clarification; it has in itself no polemical pur­ pose, if only because for the present writer Sunnism is but one representation and interpretation of Islam.

Another general notion conceming Wahhabism fixed in the minds of many Muslims is that it stood at the origin of a series of reform movements which in some cases are still active in the Muslim world.

Thus it is imagined that a direct line of descent led from the Wahhabis in Arabia fırst to Jamal al-Din al-Afghani, Muhammad ‘Abduh, and Rashid Rida, and from them to the Muslim Brotherhood (al­ Ikhwan al-Muslimun)-in short, to the conglomera­ tion of persons and movements known as the Salafiyya. There are, indeed, points held in common by Wahhabis and Salafis, as will be discussed later in this essay, and it was not entirely by accident that from the 1960’s onwards many activists of the lkhwan chose Saudi Arabia as their place of refuge from persecution by ‘Abd al-Nasir.

There is, how­ ever, no genetic connection between Wahhabism and movements that subsequently arose in the Muslim world. The relative prevalence of Wahhabi modes of thought now observable in various Muslim countries is a more recent phenomenon, due to a variety of contingencies unconnected with the fırst appearance of that sect.

A related error is to think of Wahhabism as having been from the time of its ori­ gin a reform movement that found a widespread and sympathetic  echo in the Muslim world, or that it conformed to a general pattem of “renewal” (tajdid) then underway in the Middle East, in South Asia, in Africa and elsewhere.

All those movements were lafgely diffefent in theif natufe from Wahhabism, which must be fegafded within the specifıc context of its own time as an exception, an abeffation, Of at best an anomaly.

Muhammad b. ‘Abd al-Wahhab was bom in 1115/1703 in the small town of al-‘Uyayna in Najd in the eastern part of what is today called the Kingdom of Saudi Arabia. Najd had not been notable in Islamic tradition fof scholafship Of move­ ments of spifitual fenewal; its topographical baffen­ ness seems always to have been feflected in its intellectual history.

Therefore, indeed, indications in hadith that as a fecipient of divine blessing Najd compares unfavorably with such fegions as Syria and Yemen, and that it is thefe that “distufbances and disofdef and the genefation of Satan” (al-zalazil wa ‘l-fitan wa qarn al-shaytan) will arise. Coffelating apocalyptic hadith with observable historical phenomena is a hazafdous task, best left unattempted, and this particulaf hadith, if indeed authentic, may ultimately be seen to have a sense entirely unconnected with Wahhabism.1 However, its occurrence in the hadith literature does convey a sense of foreboding with respect to this part of the Arabian peninsula and suggest that any movement originating there should be viewed with great caution.

Muhammad b. ‘Abd al-Wahhab’s father and fırst teacher was the qadi of al-‘Uyayna, who exercized the office in accordance with the Hanbali madhhab that was traditionally prevalent in the area. ‘Uthman b. ‘Abdullah b. Bishr, author ofa standard Saudi chronicle, writes concerning the early years of Muhammad b. ‘Abd al-Wahhab that “God Almighty expanded his breast for him, enabling him to understand those contradictory matters that lead men astray from His path.”2

Early anti-Wahhabi polemicists express matters quite differently: both his father and his brother, Sulayman, they report, detected signs of extreme doctrinal deviance in him at a quite early age.3 Certain only is that Sulayman did indeed later come out against him and write the fırst extended refutation of Wahhabism; his father 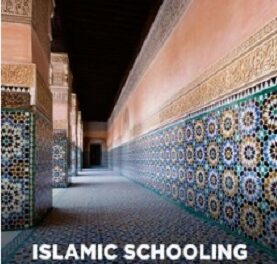 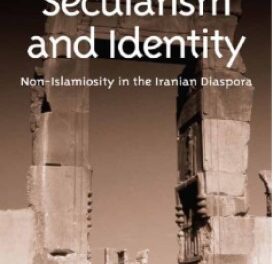 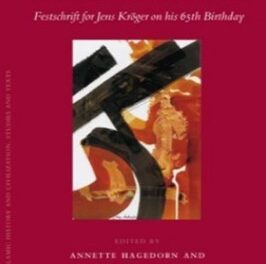 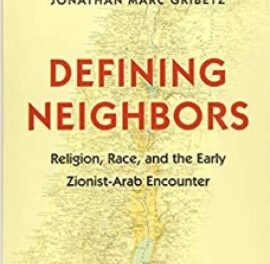