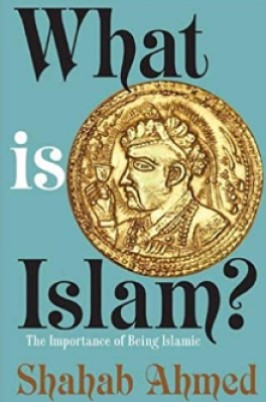 What Is Islam? The Importance of Being Islamic

WHAT IS ISLAM? – Book Sample

Do I contradict myself?

Very well, then, I contradict myself. (I am large, I contain multitudes).

Some years ago, I attended a dinner at Princeton University where I witnessed a revealing exchange between an eminent European philosopher who was visiting from Cambridge, and a Muslim scholar who was seated next to him. The Muslim colleague was indulging in a glass of wine.

Evidently troubled by this, the distinguished don eventually asked his dining companion if he might be so bold as to venture a personal question. “Do you consider yourself a Muslim?” “Yes,” came the reply. “How come, then, you are drinking wine?” The Muslim colleague smiled gently.

“My family have been Muslims for a thousand years,” he said, “during which time we have always been drinking wine.” An expression of distress appeared on the learned logician’s pale countenance, prompting the further clarification: “You see, we are Muslim wine-drinkers.” The questioner looked bewildered. “I don’t understand,” he said. “Yes, I know,” replied his native informant, “but I do.”

Some non-Muslim friends of mine spent a long afternoon at the magnificent “New Galleries of the Art of the Arab Lands, Turkey, Iran, Central Asia, and Later South Asia” at the Metropolitan Musuem in New York City.

They gushed at the dazzling richness and variety of the artifacts on display, and expressed the hope that, after seeing first-hand that Muslims were capable of such exquisite expressions of beauty, Americans and others would emerge better disposed towards Islam.

“But there is just one thing I didn’t understand,” one propriate question: what did these objects actually mean to the people in the societies where they originate? What is this art actually about? What does it have to do with Islam?”

An Arab friend of mine tells the story of her engagement to her South Asian future husband. The prospective fathers-in-law, who had never met, had to speak to each other by means of an international telephone call to formalize the matter. Neither spoke the other’s native language, both spoke some English—but not especially well—and neither was familiar with the other’s culture.

The Arab gentleman was a self-declared agnostic, while the South Asian practiced a semi-observant sort of traditional piety of the variety I once heard characterized by the expression “He says his prayers just often enough to keep his wife happy!”

Needless to say, given this state of mutual foreignness, my friend was more than a little apprehensive as to how the conversation would unfold. “What happened?” she asked her father as soon as it was over, “Did you understand each other?” “Of course we understood each other,” he replied, “We are both Muslims.”

Islām, submission, total surrender (to God) maṣdar [verbal noun] of the IVth form of the root S L M. The “one who sub- mits to God” is the Muslim.

After their Prophet, the people disagreed about many things; some of them led others astray, while some dissociated them- selves from others. Thus, they became distinct groups and disparate parties—except that Islam gathers them together and encompasses them all.

I am seeking to say the word “Islam” in a manner that expresses the historical and human phenomenon that is Islam in its plenitude and complexity of meaning. In conceptualizing Islam as a human and historical phenome- non, I am precisely not seeking to tell the reader what Islam is as a matter of Divine Command, and thus am not seeking to prescribe how Islam should be followed as the means to existential salvation.

Rather, I seek to tell the reader what Islam has actually been as a matter of human fact in history, and thus am suggesting how Islam should be conceptualized as a means to a more meaningful understanding both of Islam in the human experience, and thus of the human experience at large.3 If I hold out a salvific prospect, it is the altogether more modest but, perhaps, no less elusive one, of analytical clarity.

This book stems from a certain dissatisfaction with the prevailing conceptualizations of “Islam” as object, and of “Islam” as category, which, in my view, critically impair our ability to recognize central and crucial aspects of the historical reality of the very object-phenomenon “Islam” that our conceptualizations seek to denote, but fall short of so doing.4

By “conceptualization,” I mean a general idea by which the “object” Islam may be identified and classified, such that the connection to “Islam” of all those things purportedly encompassed by, consequent upon or otherwise related to the concept—what is to be expressed by the word “Islamic”—may coherently be known, characterized and valorized.

Any act of conceptualizing any object is necessarily an attempt to identify a general theory or rule to which all phenomena affiliated with that object somehow cohere as a category for meaningful analysis— whether we locate that general rule in idea, practice, substance, relation, or process. A meaningful conceptualization of “Islam” as theoretical object and analytical category must come to terms with—indeed, be coherent with—the

capaciousness, complexity, and, often, outright contradiction that obtains within the historical phenomenon that has proceeded from the human engagement with the idea and reality of Divine Communication to Muḥammad, the Messenger of God. It is precisely this correspondence and coherence be- tween Islam as theoretical object or analytical category and Islam as real historical phenomenon that is considerably and crucially lacking in the prevalent conceptualizations of the term “Islam/Islamic.” It is just such a coherent conceptualization of Islam that I aim to put forward in this book.

The greatest challenge to a coherent conceptualization of Islam has been posed by the sheer diversity of—that is, range of differences between—those societies, persons, ideas and practices that identify themselves with “Islam.”

This analytical dilemma has regularly been presented in terms of how, when conceptualizing Islam, to reconcile the relationship between “universal” and “local,” between “unity” and “diversity.” Thus, the archdeacon of Islamic studies in the post–World War II United Kingdom, W. Montgomery Watt, asked in a 1968 work entitled, like the present one, What is Islam?: “In what sense can Islam or any other religion be said to remain a unity . . . when one consid ers the various sects and the variations in practice from region to region?”5 One of the most important figures in the comparative study of religion, Wil- fred Cantwell Smith, observed: “ ‘Islam’ could perhaps fairly readily be under- stood if only it had not existed in such abundant actuality, at differing times and in differing areas, in the minds and hearts of differing persons, in the institutions and forms of differing societies, in the evolving of different stages.”6

In considering the scale and nature of the phenomenon of variety in Islam (in comparison to that of “any other religion”), it is well to bear in mind that, as the pioneer of the study of “Islamic history as world history”7 Mar- shall G. S. Hodgson pointed out, “Islam is unique among the religious traditions for the diversity of peoples that have embraced it.”8 It is also helpful to bear in mind that, as a leading scholar of the concept of “civilization” has noted, “among the major civilizational worlds of premodern times, Islam was no doubt the most emphatically multi-societal.”9 As one political scientist computed, “There are at least three hundred ethnic groups in the world today whose populations are wholly or partly Muslim.”10

It is thus not surprising that, already in 1955, in a volume entitled Unity and Variety in Muslim Civilization comprising essays authored by the Orientalist luminaries of the age, Gustave E. von Grunebaum posited “The Problem: Unity in Diversity,” asking, “What does, say, a North African Muslim have in common with a Muslim from Java?”11—the very question that the acclaimed anthropologist Clifford Geertz would in 1968 address in his Islam Observed: Religious Development in Morocco and Indonesia.12

Twenty-five years later, in a study entitled Islam and the Heroic Image: Themes in Literature and the Visual Arts, John Renard set out by underlining that “One must ask . . . in what sense one can apply the term