Women In Islam vs Women in Christianity pdf download 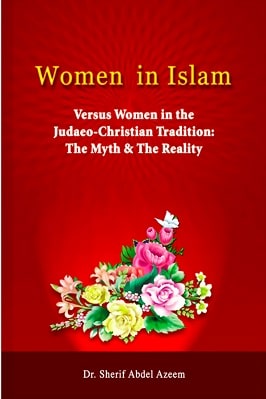 Women In Islam vs Women in Christianity

Women in Islam versus Women in the Judaeo-Christian Tradition The Myth and the Reality By: Sherif Abdel Azim

WOMEN IN ISLAM VS WOMEN IN CHRISTIANITY

The three religions agree on one basic fact: Both women and men are created by God, The Creator of the whole universe. However, disagreement starts soon after the creation of the first man, Adam, and the first woman, Eve.

The Judaeo-Christian conception of the creation of Adam and Eve is narrated in detail in Genesis 2:4-3:24. God prohibited both of them from eating the fruits of the forbidden tree. The serpent seduced Eve to eat from it and Eve, in turn, seduced Adam to eat with her.

When God rebuked Adam for what he did, he put all the blame on Eve, &quotThe woman you put here with me –she gave me some fruit from the tree and I ate it.”; Consequently, God said to Eve: “I will greatly increase your pains in childbearing; with pain you will give birth to children.

Your desire will be for your husband and he will rule over you.” To Adam He said: “Because you listened to your wife and ate from the tree …. Cursed is

the ground because of you; through painful toil you will eat of it all the days of your life…”

The Islamic conception of the first creation is found in several places in the Quran, for example:

“O Adam dwell with your wife in the Garden and enjoy as you wish but approach not this tree or you run into harm and transgression.

Then Satan whispered to them in order to reveal to them their shame that was hidden from them and he said: ‘Your Lord only forbade you this tree lest you become angels or such beings as live forever.’ And he swore to them both that he was their sincere adviser.

So by deceit he brought them to their fall: when they tasted the tree their shame became manifest to them and they began to sew together the leaves of the Garden over their bodies.

And their Lord called unto them: ‘Did I not forbid you that tree and tell you that Satan was your avowed enemy?’ They said: ‘Our Lord we have wronged our own souls and if You forgive us not and bestow not upon us Your Mercy, we shall certainly be lost’ ” (Quran 7:19:23).

A careful look into the two accounts of the story of the Creation reveals some essential differences. The Quran, contrary to the Bible, places equal blame on both Adam and Eve for their mistake.

Nowhere in the Quran can one find even the slightest hint that Eve tempted Adam to eat from the tree or even that she had eaten before him. Eve in the Quran is no temptress, no seducer, and no deceiver.

Moreover, Eve is not to be blamed for the pains of childbearing. God, according to the Quran, punishes no one for another’s faults. Both Adam and Eve committed a sin and then asked God for forgiveness and He forgave them both

The image of Eve as temptress in the Bible has resulted in an extremely negative impact on women throughout the Judaeo-Christian tradition. All women were believed to have inherited from their mother, the Biblical Eve, both her guilt and her guile. Consequently, they were all untrustworthy, morally inferior, and wicked.

Menstruation, pregnancy, and childbearing were considered the just punishment for the eternal guilt of the cursed female sex. In order to appreciate how negative the impact of the Biblical Eve was on all her female descendants we have to look at the writings of some of the most important Jews and Christians of all time.

Let us start with the Old Testament and look at excerpts from what is called the Wisdom Literature in which we find: “I find more bitter than death the woman who is a snare, whose heart is a trap and whose hands are chains.

The man who pleases God will escape her, but the sinner she will ensnare….while I was still searching but not finding, I found one upright man among a thousand but not one upright woman among them all”;(Ecclesiastes 7:26-28).

In another part of the Hebrew literature which is found in the Catholic Bible we read: “No wickedness comes anywhere near the wickedness of a woman…..Sin began with a woman and thanks to her we all must die”; (Ecclesiasticus 25:19,24).

the burden of bringing up the children; her head is covered as one in mourning; she pierces her ear like a permanent slave or slave girl who serves her master; she is not to be believed as a witness; and after everything–death.” 2

To the present day, orthodox Jewish men in their daily morning prayer recite “Blessed be God King of the universe that Thou has not made me a woman.”; The women, on the other hand, thank God every morning for “making me according to Thy will.”; 3

The Biblical Eve has played a far bigger role in Christianity than in Judaism. Her sin has been pivotal to the whole Christian faith because the Christian conception of the reason for the mission of Jesus Christ on Earth stems from Eve’s disobedience to God.

She had sinned and then seduced Adam to follow her suit. Consequently, God expelled both of them from Heaven to Earth, which had been cursed because of them. They bequeathed their sin, which had not been forgiven by God, to all their descendants and, thus, all humans are born in sin.

In order to purify human beings from their ‘original sin’, God had to sacrifice Jesus, who is considered to be the Son of God, on the cross. Therefore, Eve is responsible for her own mistake, her husband’s sin, the original sin of all humanity, and the death of the Son of God. In other words, one woman acting on her own caused the fall of humanity. 5

What about her daughters? They are sinners like her and have to be treated as such.

Listen to the severe tone of St. Paul in the New Testament: “A woman should learn in quietness and full submission. I don’t permit a woman to teach or to have authority over a man; she must be silent.

For Adam was formed first, then Eve. And Adam was not the one deceived; it was the woman who was deceived and became a sinner” (I Timothy 2:11-14).

St. Tertullian was even more blunt than St. Paul, while he was talking to his ‘best beloved sisters’ in the faith, he said: 6 “Do you not know that you are each an Eve? The sentence of God on this sex of yours lives in this age: the guilt must of necessity live too. You are the Devil’s gateway:

You are the unsealer of the forbidden tree: You are the first deserter of the divine law: You are she who persuaded him whom the devil was not valiant enough to attack. You destroyed so easily God’s image, man. On account of your desert even the Son of God had to die.”

St. Augustine was faithful to the legacy of his predecessors, he wrote to a friend: “What is the difference whether it is in a wife or a mother, it is still Eve the temptress that we must beware of in any woman……

I fail to see what use woman can be to man, if one excludes the function of bearing children.”

Centuries later, St. Thomas Aquinas still considered women as defective: “As regards the individual nature, woman is defective and misbegotten, for the active force in the male seed tends to the production of a perfect likeness in the masculine sex; while the production of woman comes from a defect in the active force or from some material indisposition, or even from some external influence.”

Finally, the renowned reformer Martin Luther could not see any benefit from a woman but bringing into the world as many children as possible regardless of any side effects: “If they become tired or even die, that does not matter. Let them die in childbirth, that’s why they are there”

Again and again all women are denigrated because of the image of Eve the temptress, thanks to the Genesis account.

To sum up, the Judaeo-Christian conception of women has been poisoned by the belief in the sinful nature of Eve and her female offspring. If we now turn our attention to what the Quran has to say about women, we will soon realize that the Islamic conception of women is radically different from the Judaeo-Christian one. Let the Quran speak for itself: 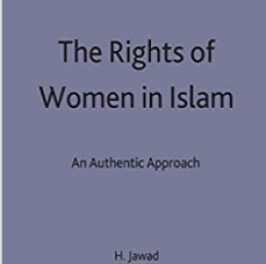 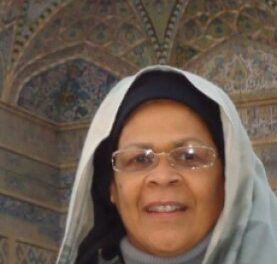 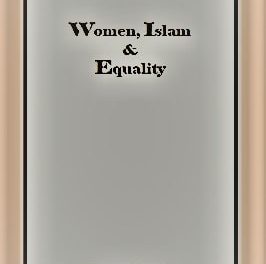 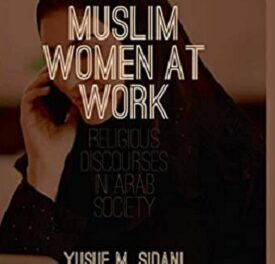