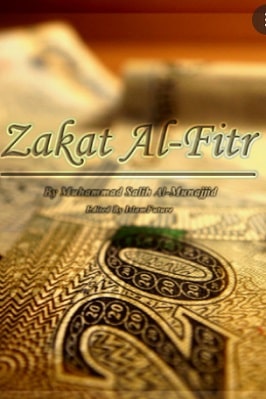 Reasons for Zakaat Al-Fitr and What Islam says about it

Al-Nawawi said: Abu Dawood reported it from Ibn ‘Abbaas with a hasan isnaad).

“Purifying” means purifying the soul of the one who has fasted Ramadaan. With regard to the word “foul language”, Ibn al-Atheer said:

” ‘Foul language’ refers to obscene speech. ‘Feeding [the poor]’ refers to food that is edible. ‘Whoever pays it before the prayer’ means before Salaat al-‘Eid. ‘It is an accepted zakaat’ – here zakaat means sadaqat al-fitr. ‘Just a kind of charity’ means a kind of charity that could be given at any time.” (‘Awn al-Ma’bood Sharh Abi Dawood).

It was said that this is what was meant by the aayah in Soorat al-A’laa:

“But those will prosper who purify themselves, and glorify the name of their Guardian-Lord, and (lift their hearts) in Prayer.” [al-A’laa 87:14-15 – Yusuf Ali’s translation)

It was reported that ‘Umar ibn ‘Abd al-‘Azeez and Abu’l- ‘Aaliyah said:

The correct view is that it is fard (obligatory), because Ibn ‘Umar said:

“The Messenger of Allaah  made zakaat al-fitr obligatory,” and because of the consensus of the scholars (ijmaa’) that it is fard. (Al-Mughni, part 2, Baab Sadaqat al-Fitr).

When it has to be Given

It  becomes  obligatory  when  the  sun  sets  on  the  last  day  of Ramadaan. Anyone who gets married, has a baby born to him or becomes Muslim before the sun sets on that day, has to give zakaat al-fitr [on behalf of himself and/or his new wife or new baby), but if that happens after sunset, he does not have to give it.

Whoever dies after sunset on the night of fitr, sadaqat al- fitr must be given on his behalf. This is what Ahmad stated.” (Al-Mughni, part 2, Fasl Waqt Wujoob Zakaat al-Fitr)

Who is Obliged to pay it?

“The Messenger of Allaah made zakaat al-fitr, one saa’ of dates or one saa’ of barley, obligatory on the Muslims, slave and free, male and female, young and old.” (Al-Bukhaari, 1407)

Al- Shaafa’i (may Allaah have mercy on him) said:

It is obligatory on those who are able to pay it. Al-Shaafa’i said: